Political upheaval in Victoria is threatening to put construction at the new hydro facility on hold; crews have already been working on the $8.8-billion project for two years 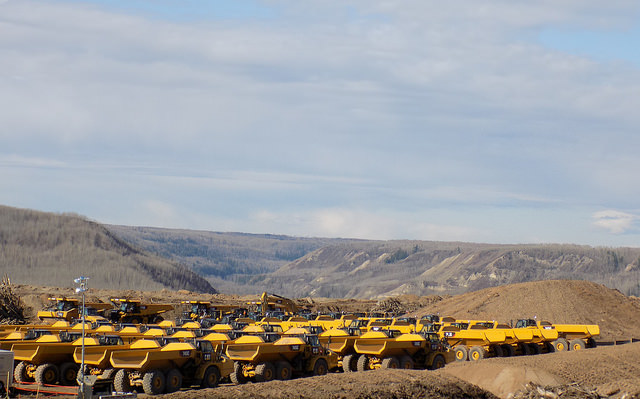 Construction crews have already been working on the B.C. megaproject for about two years. PHOTO: Province of British Columbia/Flickr

VICTORIA—A one-year delay in the construction of the Site C hydroelectric dam would cost $630 million, the president of BC Hydro said June 7 as uncertainty surrounds the project with the New Democrats poised to form a minority government in British Columbia.

Jessica McDonald said bids for contracts for the realignment of a highway are set to go out June 15 and a bridge construction tender is scheduled to be issued at the beginning of July. She said two homes—one owned by local farmers and the other a rental property—are in the direct path of the dam.

“We’re up against a hard deadline,” McDonald told a briefing to update progress on the $8.8-billion project.

“This is a two-year project to actually construct the highway and the bridge,” McDonald said. “There’s nothing you can do about the hard deadline of the river diversion.”

The New Democrats have signed an agreement with the Green party to form a minority government if Christy Clark’s Liberals are defeated in the legislature on a confidence vote after it is recalled on June 22. The agreement would send the project in northeastern B.C. to the province’s utilities commission to review its economic viability.

“It’s the single biggest investment in public infrastructure in B.C.’s history and there has been no independent analysis of the numbers being used and it’s being turned into a political football in the dying death throes of a government,” he said.

NDP Leader John Horgan recently wrote to McDonald asking that the Crown corporation suspend the June 30 evictions for the two homes and urged it not to sign any new contracts for the project until a new government has gained the confidence of the legislature after last month’s election, which ended with no party winning a majority of seats in the house.

Clark sent letters to Horgan and Weaver on Tuesday telling them the evictions are necessary as part of the road and bridge construction projects that are needed to divert a river in September 2019.

Horgan wrote to Clark accusing her of making “unsupported claims about additional costs associated with asking BC Hydro not to sign major contracts until a new government takes office.”

On Wednesday, Horgan said he has been in touch with the utilities commission.

“We’re in a difficult position,” he said in Vancouver. “The B.C. Liberals went forward with a $9 billion capital project without any third party oversight. So here we are today, 2017, with a couple of years behind us, many dollars spent, we want to make sure that before we go any further we’re ensuring this is the best possible project for the people who have to pay for it.”

Education Minister Mike Bernier, who represents the Fort St. John area where the dam is located, said Horgan is creating uncertainty about the project.

The dam will be the third on the Peace River, flooding an 83-kilometre stretch of valley, and local First Nations, landowners and farmers have fiercely opposed the project.