An explosion in the facility's hydrocracker killed one worker and left another seriously injured; no word on duration of the shutdown 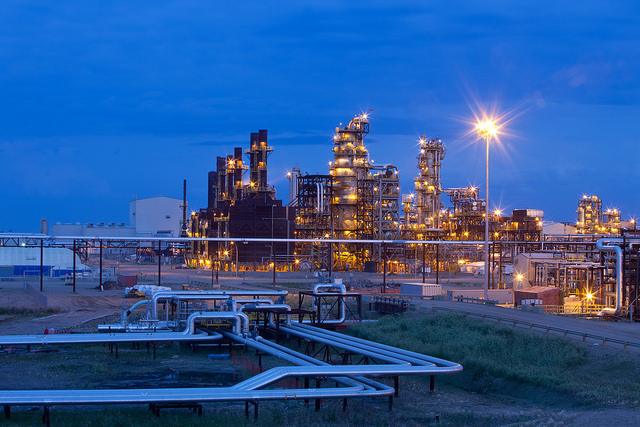 CALGARY—A senior executive with Nexen Energy ULC says the company’s upgrader near Fort McMurray remains shut down while investigators examine the cause of an explosion that killed one worker and critically injured another.

Ron Bailey, the company’s senior vice-president of Canadian operations, told a news conference in Calgary on Saturday that it’s too soon after the blast to speculate how long the shutdown at Long Lake will last.

Bailey says the facilities are being kept warm to prevent damage from the cold, which dipped to -29 C in Fort McMurray on Saturday afternoon.

The explosion happened Jan. 15 in a building that’s part of the upgrader’s hydrocracker, which Bailey says breaks hydrocarbon molecules into smaller pieces to make a lighter oil product for shipping.

Nexen Energy said in a statement that there is no immediate danger to the neighbouring community or to personnel still on site.

Bailey says the worker who was injured has been transported to a burn unit in Edmonton.

“Our employees, contractors and neighbouring communities are our primary concern at this time and we can confirm that we have taken steps to ensure their well-being and safety and we continue to provide them with timely information,” Bailey said.

“We notified the regulatory bodies immediately and we’re fully co-operating and working through the investigation of the incident, and we’ve already begun our internal investigation to really understand the cause of this.”

Both Alberta’s Occupational Health and Safety department and the Alberta Energy Regulator have dispatched staff to the site.

Nexen CEO Fang Zhi told the news conference that the incident marked “one of the toughest days in Nexen’s history.”

“Our motto at CNOOC is that there is nothing so important that it cannot be done safely. Yesterday, we did not live up to that standard and I deeply regret it,” he said.

Bailey said the worker who died and the worker who was injured were the only two people who were hurt. He said they were conducting maintenance at the time of the explosion.

Anywhere from 100 to 500 employees can be at the site, Bailey said, depending on what sort of maintenance is being done.

A pipeline rupture at the plant last summer leaked five million litres of a mixture of bitumen, produced water and sand into muskeg. The company shut the plant down while it complied with a pipeline suspension order from the AER, which had determined Nexen was not complying with pipeline maintenance and monitoring regulations.

The suspension order was lifted in September and the plant returned to full operations.

Bailey said the explosion happened in a part of the plant that was not involved in the leak.