Adding to nearly 10,000 layoffs over the past year, tech company is working to rejig its hardware business 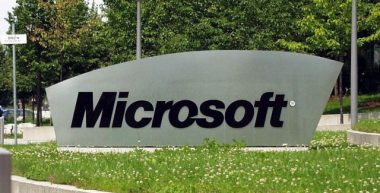 The tech giant will lay off 2.5 per cent of its workforce after seeing revenue fall nine per cent over the past 12 months

SAN FRANCISCO—Microsoft says it is cutting 2,850 jobs, about 2.5 per cent of its workforce, as it further scales back its troubled smartphone business.

A spokeswoman says the layoffs will mostly affect workers in the company’s smartphone hardware operation and related sales teams. She declined to say which geographic locations would be affected but said many of the laid off workers had already been notified.

Microsoft Corp. disclosed the planned job cuts in a regulatory filing, which said they’re in addition to 9,250 previous layoffs, primarily affecting the company’s phone business, over the last 12 months.

The giant tech company reported earlier this month that its revenue fell 9 per cent in the previous 12 months, but its net income grew 38 per cent as it shed unprofitable operations like the phone business.