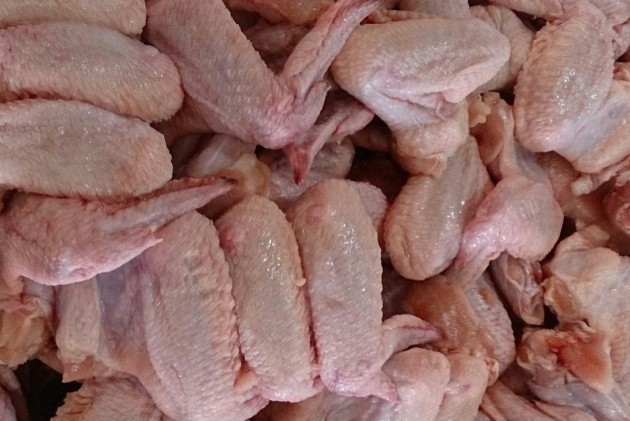 The Agriculture Union claims poultry facilities are one area inspectors are short-staffed and being forced to take shortcuts. PHOTO: ProjectManhattan, via Wikimedia Commons

TORONTO—The Agriculture Union, the labour organization that represents federal food inspectors, has released a survey that shows what it says is a “critical shortage of meat inspectors in Toronto and in other parts of the country.” The survey is the union’s latest attempt to show how federal cutbacks are putting public safety at risk.

The union claims the Canadian Food Inspection Agency plans to eliminate 273 positions as it grapples with a $35 million budget cut.

“Every meat slaughter inspection group in Toronto and throughout Ontario is working short-handed, often operating below staffing levels required to ensure meat packing houses are following all safety requirements,” the union said.

“This means that corners are being cut when it comes to safety. Summer bar-b-quers should be aware and concerned, ” Bob Kingston, president of the Agriculture Union, said in a statement.

While meat inspectors oversee the operations of slaughter facilities, the survey showed the inspection teams frequently operate with only two-thirds of the required number of slaughter inspectors, fewer than the number required to ensure compliance with safety requirements.

“It is impossible to fully complete all the tasks that are essential to ensuring meat is safe. Typically, processes to ensure humane treatment of animals are neglected. There are simply not enough hours in the day,” Rob MacDonald, the Agriculture Union’s regional vice-president for Southern Ontario, said.

While the agency deals with cutbacks, the union says it is allowing the current slaughter inspectorate to atrophy, refusing to fill vacant positions and turning a blind eye when meat slaughter establishments operate with short-handed inspection teams.

“It’s a recipe for disaster. These are frighteningly similar to the circumstances that led to the Maple Leaf listeriosis outbreak that killed 22 unsuspecting people,” Kingston said.

The union has called on the government to increase food safety inspection resources and place them where they are needed on the frontline to allow the CFIA to meet its inspection requirements.