Facing rising debt, the crown corporation has also frozen wages for more than half its employees and says it will be forced to raise electricity rates 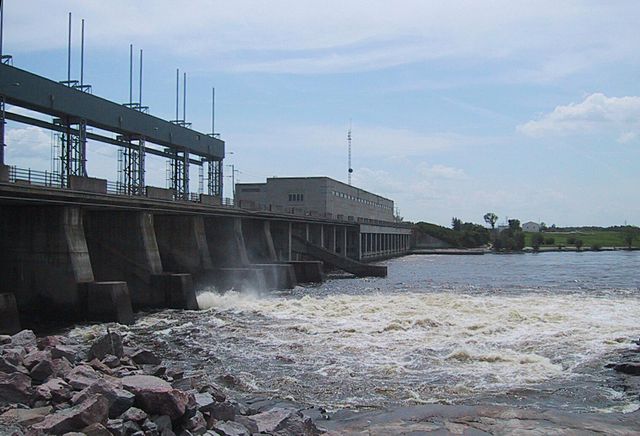 The crown corporation oversees a number of hydro sites across the province, including Pine Falls Generating Station. PHOTO: Wtshymanski, via Wikimedia Commons

WINNIPEG—Manitoba Hydro says it is cutting 900 positions across the province to improve efficiency and strengthen its finances, but customers will still see rate increases for the next several years, possibly in the double-digits, say senior executives.

The company is also cutting the positions of three vice-presidents, effective immediately, and plans to offer voluntary buyouts later this spring to help it reach its job-cuts goal.

“We’re taking the necessary steps to ensure we operate as efficiently and at as low a cost as we can, while still delivering reliable energy to Manitobans,” Kelvin Shepherd, president and CEO, said in an interview Feb. 4.

Wages are already frozen this year for more than half of Manitoba Hydro’s employees.

Three of the four unions that represent about 2,100 workers negotiated new contracts in the last few months, which include a zero per cent wage increase this year. Union representatives could not immediately be reached for comment.

Hydro executives warned in the fall that the utility’s debt could increase to $25 billion from the current $13 billion in the next few years as the Keeyask generating station and the Bipole III transmission line are completed.

Despite the cuts and wage freezes, customers will still see rate increases of more than four per cent annually for the next few years, Shepherd said.

“We haven’t filed an application yet, so it’s a little too early to speculate, but it’s fairly open to say the previous plan of four per cent rate increases is probably insufficient. We will probably seek rates that are different than that.”

The chairman of the Manitoba Hydro-Electric Board, Sanford Riley, said rate increases could be 10 per cent or more.

“Even with these reductions, double-digit annual rate increases would be required for at least five years in order to re-establish Manitoba Hydro on a proper financial footing,” Sanford said in a statement.

Sanford also said Hydro will be looking for help from the province. “We do not believe that the entire burden of restoring Manitoba Hydro’s finances should be borne by customers and employees.

“We believe that a balanced approach in which the government—the owner of Manitoba Hydro—invests equity into Manitoba Hydro, will allow the utility to moderate rate increases to more manageable levels.”

A combination of cost reductions, equity support and rate increases will help Hydro’s finances in a way that will, in time, return a fiscal dividend to all Manitobans, Sanford said.

Both men stressed that Manitoba Hydro’s rates are among the lowest in North America.

“We’re taking the steps we need to ensure Hydro keeps its costs low and to the extent that we need to increase rates, people can be assured we’ve done everything we possibly can to keep those rate increases to a reasonable level,” Shepherd said.

Crowns Services Minister Ron Scullery has repeatedly said the government will not interfere in the affairs of Crown corporations, but he has been critical of the state of Hydro’s finances.