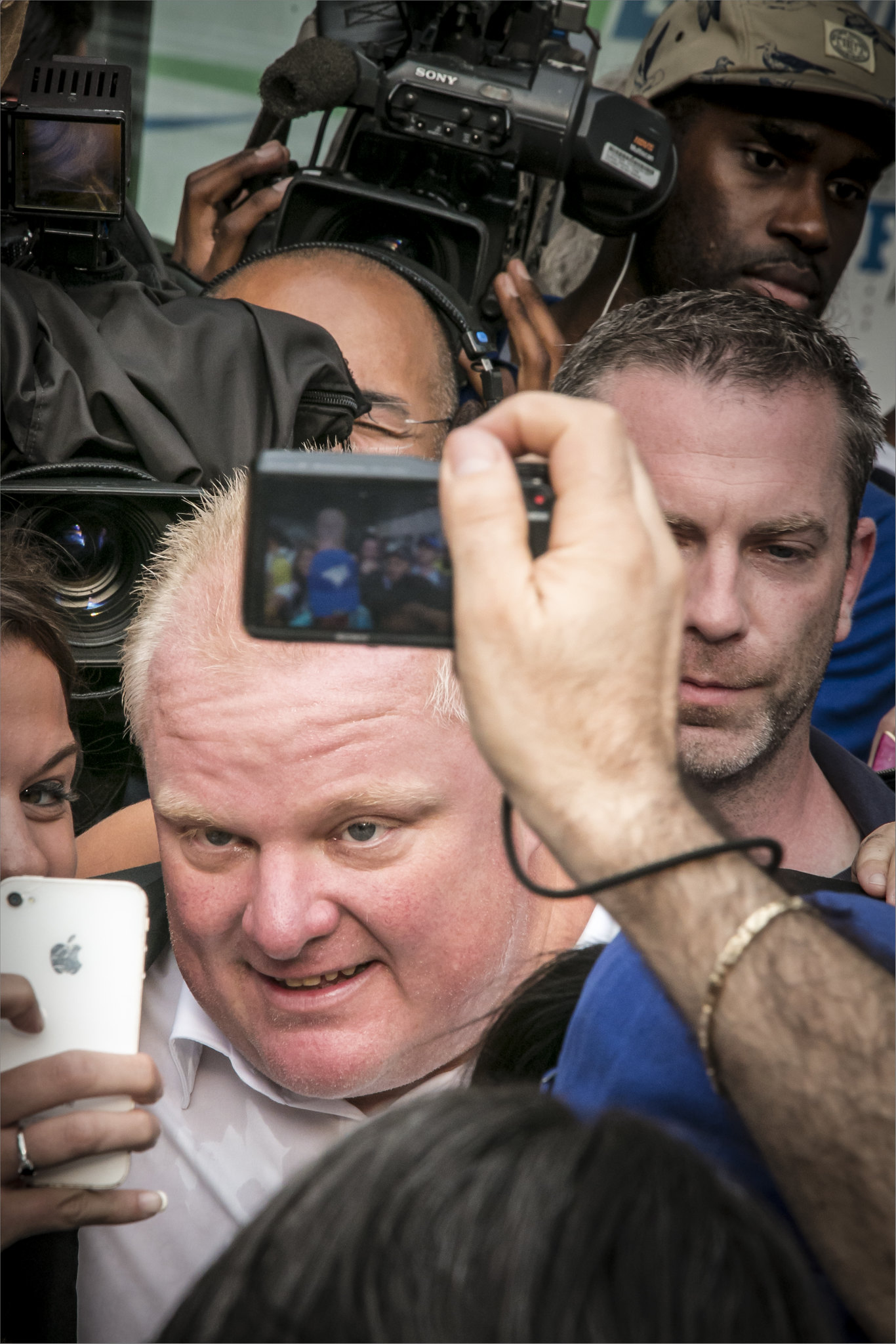 TORONTO – A Toronto street could wind up bearing the name of one of its most notorious politicians, a possibility that’s reignited the division so prevalent during Rob Ford’s career.

A major construction project in the city’s west end is creating three new streets, and the late Toronto mayor’s name is one of 10 being considered to grace one of them.

Ford, who was a city councillor in a neighbouring area, shot to international infamy during his time as mayor between 2010 and 2014. His term was marked by public gaffes and a struggle with and admission of alcohol and drug abuse.

His plan to seek a second term was derailed by a cancer diagnosis, and he died in 2016 at the age of 46.

Ford’s tenure in office often provoked strong reactions across the political spectrum, and the prospect of seeing a street named in his honour similarly drew divided responses.

“The late Rob Ford had some issues but he was a great human being and he loved Toronto dearly,” wrote one Twitter user. “If anyone deserves to have a street named after them it is him.”

Others, however, were less receptive to the idea.

“In no world, or parallel universe, should a street be named after Rob Ford, a man who disgraced our city and put it on the world map for all the wrong reasons,” another person wrote.

The road project that could feature Ford’s name is a major intersection in central Etobicoke where three streets converge. The city has long been working on an effort to redevelop the area, commonly referred to as Six Points.

According to city guidelines, the process of naming a street is normally a closed affair in which names are suggested by developers, reviewed by city staff and approved by community councils.

This time, however, the city opted to open the process up to the public and solicited suggestions for potential names last fall.

More than 600 submissions came in, but the city said many were duplicates or options that failed to comply with the city’s street naming policy. Eliminating those whittled the list down to roughly 80, at which time a committee of senior city officials weighed in.

The committee produced a 10-name short list that scored highest on that scale and opened it up for public votes on Monday.

“The Rob Ford name was directly submitted by the public,” the city said in a statement, noting that Ford’s family had consented to his name being in the running.

Ontario Premier Doug Ford, the late mayor’s older brother, did not immediately respond to request for comment on the effort to name a road after his sibling.

Other contenders for the street names include long-time Toronto Blue Jays radio play-by-play announcer Jerry Howarth, who called games for 36 years and was widely hailed as a “legend” in the industry, and comic book artist Darwyn Cooke who contributed to such major franchises as Superman and Batman.

The city has also said that one of the three streets will receive an Indigenous language name. Options on the short list include Biindagen, the Ojibwe word meaning “enter” or “welcome,” and Wadoopikang, the Mississauga term for “place where the alders grow” from which the name Etobicoke was derived.

The public vote is not the sole factor that will go into deciding the new names. Instead, it will be one of many considerations that will go into a staff report making final recommendations. That report will ultimately be voted on by a community council responsible for the area where Six Points is located, the city said.

A spokeswoman for Toronto Mayor John Tory said he looks forward to seeing the results of the naming competition.

Voting on the street names continues until Sept. 2.