Mark Poweska, who currently serves as BC Hydro's executive vice president of operations, will start work at Hydro One in early May 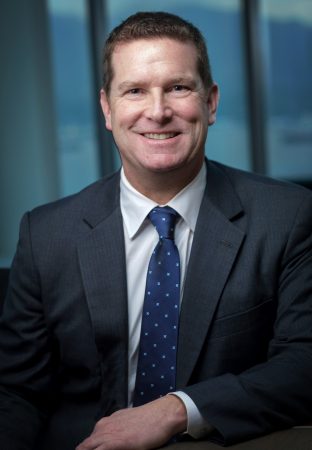 Hydro One appoints Mark Poweska as president and CEO. PHOTO: Hydro One

TORONTO—Hydro One says an executive from a British Columbia electrical utility will become the new president and CEO of Ontario’s partially privatized utility.

Mark Poweska, who currently serves as BC Hydro’s executive vice president of operations, will start work at Hydro One in early May.

The company says Poweska was chosen after an international search process, and will replace acting president and CEO Paul Dobson.

Poweska has worked at BC Hydro for over 25 years and currently has responsibility for all aspects of the company’s electricity generation, transmission and distribution operations.

Tom Woods, the chairman of Hydro One’s board of directors, said Thursday he believes Poweska is the right person to run the company.

“Mark’s proven record in building a strong safety culture, exceeding customer expectations and improving operational performance will help to ensure that Hydro One is strong now and into the future,” Woods said in a statement.

The company statement also highlights Poweska’s experience as an engineer in the electricity industry and his ability to work with stakeholders, including all levels of government.

“I am committed to Hydro One being a customer-friendly company delivering safe, affordable and reliable power,” Poweska said in the statement. “I look forward to getting to work and to developing a strategic plan to deliver on these goals.”

In July, Ford made good on his campaign promise to turf Schmidt, announcing his immediate retirement and the resignation of the utility’s entire board of directors.

Despite Schmidt’s departure, the government and Hydro One have continued to clash over executive compensation levels at the company in recent months.

In February, the province issued a directive to Hydro One, ordering it to pay its CEO no more than $1.5 million per year—substantially less than the partially privatized utility had proposed.

The company had refused repeated requests to slash CEO pay below $2,775,000.

Energy Minister Greg Rickford asked Hydro One to come up with a revised executive compensation framework that set its CEO’s salary and incentives no higher than $1.5 million, but the utility didn’t budge.

Rickford then took the step of issuing a formal directive that compelled Hydro One to set the CEO’s base salary no higher than $500,000 with a maximum of $1 million in incentives. Those incentives must be dependent on meeting certain targets, including reducing transmission and distribution costs.

In January, Hydro One and American utility Avista Corp. announced they were cancelling a planned merger, after regulators in Washington state said the deal would not sufficiently safeguard customers from the whims of the Ontario government.

The previous Liberal government began partially privatizing the utility in 2015, ultimately selling off just over half of its stake.