Hydro One sending technicians to assist in California wildfire recovery

Hydro One said it will be inspecting 8,000 kilometres of electrical transmission lines in Chico, Calif., near Paradise 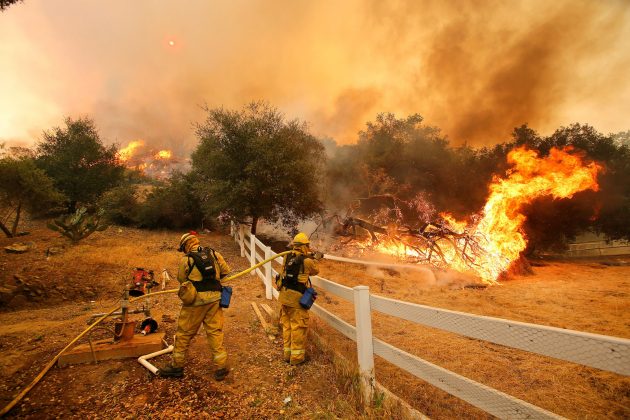 Hydro One technicians will help with recovery efforts in California following a devastating wildfire that killed dozens of people and destroyed thousands of homes.

Ontario’s largest utility said about 20 forestry technicians will travel to northern California on Monday to help inspect electrical systems in areas that were obliterated by the fire.

“Our thoughts and prayers are with those affected by this devastating fire,” said Greg Kiraly, Hydro One’s chief operating officer, in a statement. “Our highly skilled forestry technicians are uniquely qualified to help inspect the system during this time of crisis.”

U.S. authorities said the Camp fire was fully contained on Sunday after burning for more than two weeks, killing at least 85 people, flattening nearly 19,000 buildings and leaving 249 people unaccounted for.

Crews are sifting through ash and debris looking for human remains while also trying to repair power, telephone and gas utilities.

Hydro One said it will be inspecting 8,000 kilometres of electrical transmission lines in Chico, Calif., near Paradise, the town that was destroyed by the wildfire in about a day.

The company said that every kilometre of line must be inspected to ensure communities can access power safely, noting that inspections will also identify possible hazards along the transmission lines to prevent electrical fires from starting.

–With files from the Associated Press