A study by the U.S. education department shows pay and employment levels are higher for graduates with specialized tech, science and math degrees 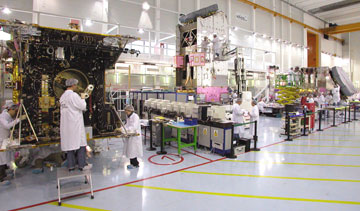 WASHINGTON—It seems to matter less whether you attended public or private college than what you studied when it comes to finding a high-paying job after college, according to a report released July 8 by the U.S. Education Department.

The survey by the National Center for Education Statistics of the class of 2008 in the United States provides a snapshot of the nation’s educated elite following a crushing economic recession.

Overall, college grads reported lower unemployment rates compared with the national average, although black and Asian college graduates were twice as likely to be out of work than their white classmates. College grads from private four-year schools earned about the same as those from public four-year schools: about $50,000 a year.

But while a paltry 16 per cent of students took home degrees in science, technology, engineering or math, those who did were paid significantly better—averaging $65,000 a year compared with $49,500 of graduates of other degrees.

The findings are based on a survey of 17,110 students conducted in 2012, about four years after the students obtained their degrees.

The survey found a strong correlation between earning money and highly specialized degrees. More than 95 per cent of grads who studied computer and information sciences, for example, were employed full-time and earned $72,600 on average.

The report also pointed to a correlation between being white or Asian and male and having a higher salary.

Male grads reported earning more: an average of $57,800 compared to their female classmates in full-time jobs, who averaged $47,400.

The study doesn’t explain the disparities in pay, which could be attributed to different fields of study.

Other findings in the report include: