GM to lay off 2,000 workers at plants in Ohio and Michigan

GM will suspend indefinitely the third shifts at factories in Lordstown, Ohio, and in Lansing, Mich.; car sales are sputtering as demand for trucks booms 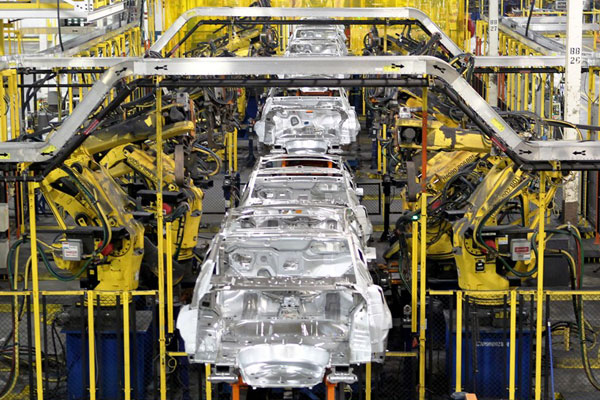 DETROIT—Shifting demand from cars to trucks and SUVS is forcing General Motors (GM) to lay off more than 2,000 workers indefinitely at two assembly plants in Ohio and Michigan starting in January.

The company will suspend the third shifts at factories in Lordstown, Ohio, and in Lansing, Michigan, because of the market change, which is growing and shows no sign of abating.

“It’s supply and demand, and right now the demand is not there for what we have,” said Glenn Johnson, president of a United Auto Workers union local at the Lordstown plant east of Cleveland.

Cruze sales are down nearly 20 per cent this year even though a new version is only in its second year of production.

Of the vehicles made in Lansing, ATS and CTS sales each are down about 17 per cent this year, while Camaro sales are off 9 per cent, according to Autodata Corp.

Laid-off workers will get supplemental pay and state unemployment benefits that will amount to most of their wages for a year.

The company doesn’t know when the workers will be called back to the factories, said spokesman Tom Wickham. “Looking ahead at 2017 we know that the car market continues to soften and the crossover (SUV) and full-size truck market continues to grow,” he said.

Americans have been moving away from cars toward trucks and SUVs for several years now as gas prices have dropped to near $2 per gallon and the larger vehicles have become more efficient. Baby boomers and young people are attracted to smaller SUVs because of their cargo-carrying ability, high seating position and visibility. Also, most are now built on car underpinnings, so they are more manoeuvrable than old truck-based SUVS.

GM also announced that it would invest more than $900 million at a Toledo, Ohio, transmission plant, the Lansing Grand River factory and a casting plant in Bedford, Indiana, to prepare for future new vehicles. The company would not disclose the new vehicles or the transmission components. The investment will preserve jobs but not create any new ones.

The GM layoffs are not the first in the U.S. auto industry this year, which has experienced healthy year-over-year growth since 2009. But sales are starting to slow from the record of 17.5 million set last year.

Last month, GM’s crosstown rival Ford Motor Co. said it would temporarily idle four of its North American assembly plants to better align production with demand. Ford has scheduled one-week closures for plants in Kansas City, Missouri, and Hermosillo and Cuatitlan, Mexico. Those plants make the F-150 pickup truck, the Fusion sedan and the Fiesta subcompact. It also scheduled two weeks of down time for its Louisville, Kentucky, plant, which makes the Ford Escape and Lincoln MKC small SUVs.