Ford, General Motors Co. and Toyota Motor Corp. announced in 2013 that they were quitting Australia and shedding 6,600 jobs 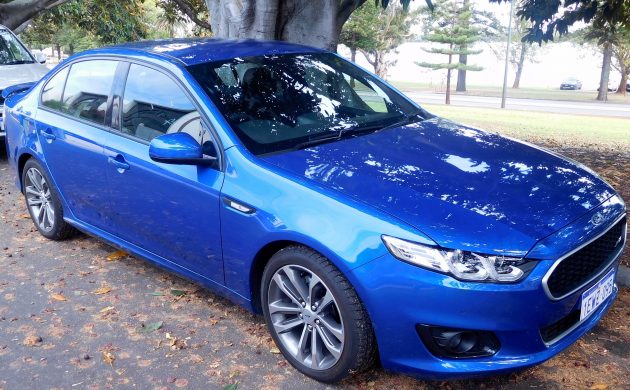 The company said it has built the world’s last six-cylinder, rear-wheel drive Falcon XR6 at its Broadmeadows plant in Melbourne. About 600 employees have lost their jobs.

Ford has built about 3.5 million Falcons since 1960 and the model once was Australia’s most popular car, although few have been exported.

Perhaps the most famous was a black 1973 XB GT Falcon Coupe that became the Interceptor driven by Mel Gibson’s character in the 1981 movie “The Road Warrior.”

The last Falcon will be exhibited in the Ford Australia museum, the Australian subsidiary’s chief executive officer Graeme Whickman told reporters outside the plant.

“We are saying goodbye to some wonderful manufacturing colleagues who have done a great deal for Ford in Australia,” he said.

Ford, General Motors Co. and Toyota Motor Corp. announced in 2013 that they were quitting Australia and shedding 6,600 jobs because of high production costs, distance from potential export markets and increasing competition.

Ford will continue to sell and service imported cars in Australia and Australia-based engineers will help develop design vehicles that will be manufactured overseas, the company said.

Because of that continuing presence, Whickman said the company will become the largest employer in the Australian automotive industry when Toyota and General Motors’ subsidiary GM Holden, end production in 2017. The V8 Holden Commodore is sold in the United States as the Chevrolet SS.

About 2,000 workers will be employed at Broadmeadows and facilities in the towns of Lara and Geelong in Victoria state. Ford opened its first Australian production line at Geelong in 1925.

Related Stories
‘Carmageddon’ in Australia as Toyota latest automaker to leave
Ford announces end to production in Australia by 2016
The last car rolls off the line as Australia’s auto sector fizzles out
GM plans to pull out of Australia, New Zealand and Thailand
Manufacturing In Focus