FCA says its North America workforce is on the rise

by Colleen Barry And Tom Krisher, The Associated Press  April 26, 2016

However, FCA CEO Sergio Marchionne warned of some temporary layoffs as the company switches production to focus on Jeeps, trucks and SUVs 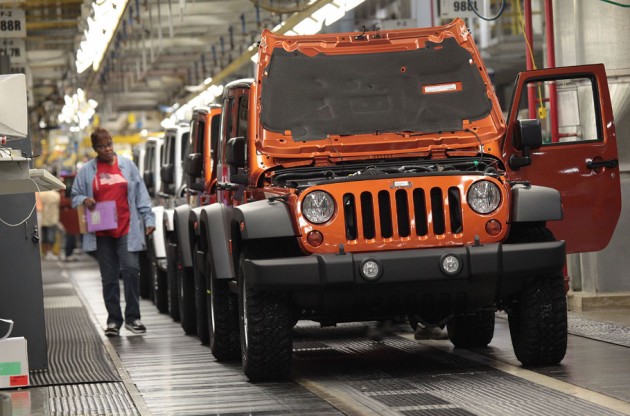 FCA plans to build a compact Jeep to replace the Compass and Patriot at a plant in Toluca, Mexico. PHOTO FCA

MILAN—The number of Fiat Chrysler factory workers in North America will increase as the company reduces production of passenger cars and shifts toward trucks and SUVs, the company’s chief executive said Tuesday.

Sergio Marchionne did not give numbers for the forecast growth, but said there would be some temporary layoffs as the company switches production.

“I confirm now that the realigning of the footprint of NAFTA is going to yield an increase of manpower, subject to temporary layoffs,” Marchionne told an analyst conference call.

He said new Ram pickup truck will come out at the beginning of 2018. It will be built at two U.S. factories in suburban Detroit, so it won’t cost the company any production of the current model.

A factory in Sterling Heights, Michigan, that now makes the Chrysler 200 sedan will be retooled to make pickups, he said. The company also plans to build a compact Jeep to replace the Compass and Patriot at a plant in Toluca, Mexico, he said.

CFO Richard Palmer said FCA is open to working with other automakers to make passenger cars. He said he wasn’t at liberty to talk about any negotiations.

The strategy appears to be more targeted than Marchionne’s previous search for a suitor for another tie-up, part of his push for greater consolidation in the capital-heavy industry.

Fiat Chrysler Automobiles earlier said its first-quarter earnings soared on the back of a strong performance in North America.

The Italian-American carmaker reported a net profit of 478 million euros ($539 million) in the first quarter, up from 27 million in the same period last year, a figure that had been adjusted to exclude the recently spun-off Ferrari division.

The carmaker, formed from the 2014 merger of Fiat and Chrysler, confirmed its 2016 targets, including net profit of 1.9 billion euros on net revenues of 110 billion euros.

European earnings nearly quadrupled to 96 million euros, while Latin America returned to a profit. In Europe, sales in the quarter far outpaced the market, growing by 16 per cent thanks to demand for the Jeep Renegade and the Fiat 500X and Tipo models.

Palmer told analysts that they remained positive on Maserati, with the launch of the Italian-built higher-volume Levante SUV in North America later this year.