The decline in auto sales could turn into a long-term trend as models of ownership change. The possibilities are underpinned by the amount of disruption by technology and companies like Tesla and Uber. 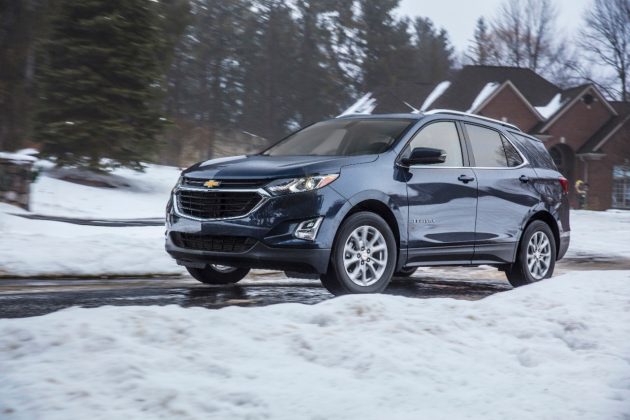 PHOTO: Unifor president Jerry Dias raised concerns that Canada will only produce one GM vehicle in the country, the 2018 Chevrolet Equinox/GM Canada

TORONTO – Rumbles of change in the automotive industry erupted this week with General Motor’s announcement it will close its storied Oshawa assembly plant as part of a shift towards electric and autonomous vehicles.

The decision was part a global restructuring for the company that also includes winding down production at four U.S. assembly plants and other cuts to free up US$6 billion for investments in the new initiatives.

The move is a reflection of an auto sector in flux, facing a retreat in North American auto production, a shift in consumer preference from cars to crossovers, and new competition from tech firms – a new landscape that creates considerable uncertainty for Canada’s auto sector.

Unifor president Jerry Dias raised concerns Tuesday that General Motors might indeed leave Canada entirely now that it only produces one vehicle in the country, the Chevrolet Equinox.

In response, GM Canada spokesman David Paterson said the company was investing in innovation, but made no assurances that manufacturing is here to stay.

“We’re hiring 500 people in Markham, right now, doing very sophisticated automotive software. So we’re growing faster than anyone in the industry in new technology, at the same time as we’re unfortunately going through next year this really difficult change with regard to our manufacturing base in Canada.”

While Canada could benefit from increased investments on the technology side, the loss of manufacturing facilities could outweigh any gains as an innovation hub, said Charlotte Yates, provost at the University of Guelph and principal investigator at the Automotive Policy Research Centre.

“As our assembly profile shrinks, that actually undermines our capacity overall,” Yates says.

Canada has built up excellent innovation clusters around sensors, artificial intelligence and lightweighting, but that doesn’t guarantee the vehicles those innovations will go into will be built here, said Yates.

Paterson says the dip in auto sales could turn into more of a long-term trend as models of ownership change and fewer people feel they need cars, which is part of the reason for the shift in GM’s strategy.

“The model of everybody owning their own car will change, and what that will do is it will reduce the number of cars on the road.”

The industry is already seeing a decline in production after a long run of growth, as rising interest rates and slowing economies put pressure on the market. Magna International Inc. reported in its last quarterly results that it had revised estimates for total light vehicle production from North America to 17 million, down half a million vehicles from its estimate at the start of the year.

In addition to competition from traditional auto makers, GM now finds itself pushing against technology companies for the future of mobility, Paterson said.

“We’re being disrupted as an industry by companies like Tesla and Uber, and what we’re saying is we’re going to disrupt them. And we can do that by being a leader in self-driving and electric and urban mobility services.”

The entrance of these new companies does open some possibilities for other manufacturing in Canada, said Yates.

“The question is whether Magna or one of the other auto parts manufacturers in Canada could ever partner with one of those technology companies to become a car producer. That’s a game-changer. And that’s an open-ended possibility.”

The possibilities underlie the amount of competition and disruption the industry is going through, said Justin Gammage, manager of the Durham Autonomous Vehicle Innovation Network.

“The competition is very fierce, and it’s coming from different places than GM would typically expect it to come from.”

Gammage, who worked at GM Canada as chief scientist for five years until 2015, said change is accelerating.

“Even in a three-year time period, the pace of change has accelerated, so things are being introduced more quickly, introduced through some different approaches. The open innovation model has really taken hold.”

Those changes include GM’s decision to end several vehicle lines including the Impala sedan that’s produced in Oshawa as global preferences shift to crossovers and SUVs and away from cars.

The same trend has Yates worried about the fate of Fiat Chrysler’s Brampton, Ont., plant that assembles the 300C, Charger, and Challenger cars.

“We’re good at making cars, we’ve been very successful in the past,” Mordue said. “Our quality and GM’s quality in Oshawa has been second to none, but the reality is that stuff doesn’t tend to matter in the new environment.”