by Cleantech Canada Staff, with files from the Associated Press  June 27, 2016 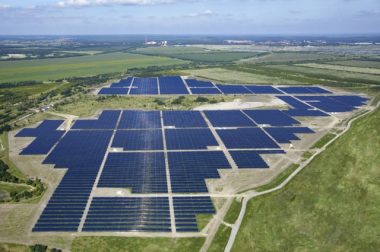 Touching down on the outskirts of Yancheng, China—about 800 kilometres (500 miles) south of Beijing on the afternoon of June 23— the tornado caused 98 deaths while destroying buildings, smashing trees and flipping vehicles on their roofs. According to Chinese state media the severe winds of up to 125 kph (78 mph) also injured 800, about 200 of them critically.

According to Canadian Solar, the tornado caused property damage and personal injuries at its Funing solar cell facility, which began production in late 2014. The Guelph-based company has shut down production at the plant while is assesses the extent of the damage.

“Our thoughts are with the families of Canadian Solar employees and the local residents impacted by the severe weather,” Shawn Qu, the company’s chairman and CEO of said in a statement late last week. “We have immediately dispatched our internal emergency response team from our other facilities in China to help our employees in Funing and people in the local communities.

The company’s Funing site is the newer and smaller of its two solar cell manufacturing plants in the Asian country. Canadian Solar had anticipated producing approximately 267 megawatts of solar cells at the plant in the third quarter of 2016, or as much as 20 per cent of its total cell requirements. To cover some of the lost production, the company said it will ramp up output at its new Thailand plant as well as purchase cells from third-party suppliers to meet its delivery requirements.

“We are assessing the situation but do not expect it to have a material impact on our business,” Qu added.

The company gave no timeline about when the Funing plant will restart production.