by Canadian Manufacturing.com Staff, with files from The Canadian Press  July 4, 2017

The news comes several days after the company announced extensive layoffs in Germany. Job cuts in France, the U.K. and North America haven't been ruled out 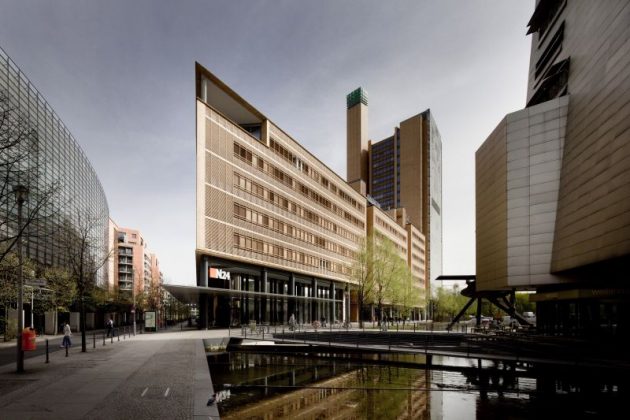 Bombardier Transportation’s new headquarters will be located in the Eichhornstraße 3 building at Potsdamer Platz in Berlin. PHOTO: Bombardier

BERLIN, Germany—Bombardier Transportation announced July 3 the relocation of its global headquarters within Berlin.

The new head office of the Canadian transport giant’s railway division will be located in the Eichhornstraße 3 building at Potsdamer Platz, in the heart of the German capital, and will house 250 employees.

“Our new headquarters will be a catalyst for innovative ways of working and will play a major role in leveraging the benefits of the strong teamwork we have between our departments and business units, as well as customers and partners,” said Laurent Troger, president, Bombardier Transportation.

The news comes several days after Bombardier Transportation announced it is eliminating up to 2,200 jobs in Germany by 2020, representing nearly a quarter of its workforce in the country.

The layoffs affecting 700 temporary workers apply mainly to plants in a Berlin suburb and Gorlitz near the Polish border, but no closures are foreseen.

As part of restructuring plans announced last fall, Bombardier is planning to cut 7,500 transportation and aerospace jobs worldwide, and it won’t exclude the possibility of similar cuts at production facilities in France, Britain or North America.