Bombardier provides more than 1,000 paid internships for the 2019-2020 academic year 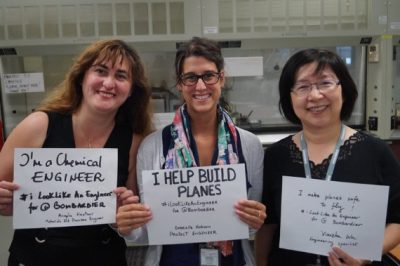 MONTRÉAL – Bombardier will provide more than 1,000 paid internship positions in Canada for the 2019-2020 school year.

The announcement was made at an event hosted by senior executives and attended by dozens of university and business representatives and more than 100 interns at Bombardier’s Challenger business jet delivery centre in Dorval, Québec.

While the company has provided paid internship positions in Canada for more than two decades, this is the first time Bombardier has publicly committed to exceeding 1,000 internships for a single academic year. Bombardier expects to invest approximately $17 million (CAD) to fund its internship program, with the vast majority of this amount going towards intern salaries.

“This announcement reflects Bombardier’s ongoing commitment to playing a leading role in the education and development of the next generation of innovators and business leaders,” said Mike Nadolski, Vice President, Communications and Public Affairs, Bombardier Inc.

Bombardier internships are designed to provide students with practical, real-world experience that complements their academic training and better prepares them for careers in their chosen field. Each intern is partnered with a professional mentor and provided with additional enrichment and training opportunities, including networking sessions and direct interaction with senior executives.

In addition to growing the program from approximately 550 positions in 2016 to more than 1,000 in the coming year, Bombardier has made it a priority to recruit and hire interns who reflect the diversity that the company aspires to attain in its workforce. One notable achievement has been an increase in the percentage of female students recruited from science and engineering programs from 16% in 2016 to more than 25% in this year. Female interns are expected to fill 40% of all intern positions by the end of the 2019-2020 school year.

For the upcoming year, Bombardier expects to recruit interns from 23 colleges and universities across Canada, up from eight in 2016. Bombardier also recently launched a new website to streamline the application process for interested students and its university partners.

The company expects to provide approximately 600 intern positions in the coming academic year for students pursuing engineering or science degrees, including opportunities in mechanical, electrical, aeronautical, chemical, and industrial engineering, as well as computer science and artificial intelligence. Another 400 intern positions will be focused on other management functions, including finance, accounting, IT, human resources, public affairs and law.