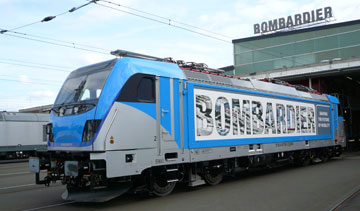 MONTREAL—Bombardier Inc.’s Transportation division, which recently relinquished a 30 per cent stake in its business to Caisse de dépôt et placement du Québec in exchange for $1.5 billion, has announced a change to its top leadership.

Bombardier Transportation has announced its president, Lutz Bertling, is leaving the company “to pursue other career opportunities,” while its recently-appointed COO, Laurent Troger has been promoted to president, effective immediately. Bertling is an 11-year veteran of Bombardier who has had a 25-year career in the rail industry.

“Since joining Bombardier, Laurent Troger has continuously been one of our top executives, driving superior project execution and performance across the business,” Alain Bellemare, the company’s president and CEO, said. “As we accelerate our transformation, Laurent has both the leadership and the experience to deliver on our commitments to customers, while increasing profitability at Transportation.”

The aerospace and rail company said Troger has delivered profitable growth across all the divisions he has led—from equipment to rolling stock, signalling and infrastructure, turnkey systems and services.

Prior to joining Bombardier he spent 15 year at Alstom Transport, where he held several leadership positions.