Replete with hair salon, coffee shop and hundreds of bedrooms, facility will house 1,600 workers over eight years of dam construction 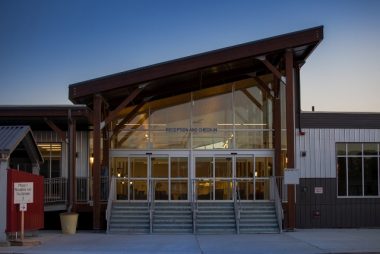 The lodge will house some 1,600 workers over eight years of dam construction. PHOTO: Atco

CALGARY—Atco has thrown open the doors at a 650,000 square-foot facility that will house some 1,600 workers building BC Hydro’s Site C dam.

The facility includes such amenities as a hair salon, coffee shop, gym and lounge—as well as bedrooms for the small army of workers who will build the $8.3 billion mega-project.

Despite significant ongoing opposition, BC Hydro has continued to push the Site C project forward. Work on the 1,100-megawatt hydro plant is already well underway and the utility aims to complete the dam by 2024.

Along with the construction of the lodge, Atco’s contract includes food, janitorial and maintenance services at the work camp over the eight years of dam construction.