One expert says the new regulations would catch Alberta up with the rest of the country, but the update is already facing opposition from Alberta's Wildrose and PC parties 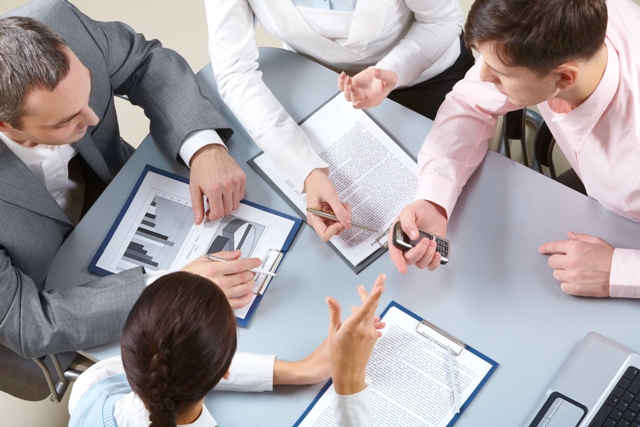 EDMONTON—The first major overhaul of Alberta’s workplace rules in almost 30 years proposes that workers be allowed to take unpaid leave to look after themselves and loved ones without fear of losing their jobs.

The Fair and Family-Friendly Workplaces Act introduced May 24 also would bring maternity and compassionate leave up to federal standards and set new rules for overtime and vacation pay.

Labour Minister Christina Gray said the changes, hammered out with the help of the former head of the Alberta Labour Relations Board, would modernize laws and bring them in line with most other provinces.

“Our government could not allow legislation that touches the lives of so many to be disregarded any longer,” Gray said. “This legislation would bring Alberta’s workplaces into the 21st century.”

People working for an employer for 90 days would be allowed to take unpaid leave if they were sick, injured, had a death in the family, a missing child or were the victims of domestic violence.

Right now, there are no provisions for leave in those cases.

Overtime would be banked at 1.5 hours for every hour worked instead of straight time. Minimum annual vacation would be two weeks off paid at four per cent of an employee’s salary.

Employers would also be prevented from charging gas station and restaurant workers if customers left without paying.

The changes would allow for a union to be certified without a secret ballot if more than 65 per cent of employees had verified membership cards. Less than 66 per cent would still require a vote.

The proposed labour law update comes after decades of the NDP calling for better rules while the Progressive Conservatives were in power.

Andy Sims, an expert on Alberta and federal workplace laws, helped draft the new legislation. He said it balances the interests of employees and employers, and takes into account the province’s recovering economy.

“This is not cutting-edge, lead-the-country reform,” Sims said. “In most respects it brings the best experiences from elsewhere to Alberta.”

Opposition Wildrose Leader Brian Jean said his party supports parts of the bill that deal with giving workers unpaid leave, but doesn’t like sections that deal with nuts-and-bolts changes to the labour code, including changes to union certification votes.

He called on the NDP to split the bill into two.

“It’s our hope that the NDP government will recognize that these compassionate care components are separate and distinct from the labour code changes that require greater consultation,” he said.

Wildrose deputy house leader Dave Hanson sent a letter to Alberta’s ethics commissioner asking her for “clarity” on what he called potential conflicts of interest in the NDP caucus in regards to the new labour bill. He says in his letter that 27 NDP MLAs have direct union ties and another four have ties to unions through their spouses or partners.

“I trust the commissioner will carefully review this topic, and report back with any personal ties that may result in conflicts of interest in voting for the legislation,” Hanson said in a news release.

Progressive Conservative Leader Jason Kenney said his party will fight what he called the NDP’s attack on workplace democracy.

“So the worst fears were true,” Kenny posted on social media. “NDP plans to take away the secret ballot from union certification. An outrageous attack on workplace democracy.”

The Alberta director of the Canadian Federation of Independent Business said the legislation will saddle employers with higher costs.

Amber Ruddy said she doesn’t like the change that would see workers paid time and a half for overtime instead of straight time.

“Right now there is the flexibility that you can offer time off in lieu,” she said. “Now it is going to have to be paid out at time and a half. That is going to be a huge strain.”

Ruddy said the government should delay passage of the bill until next year and seek more feedback from the business community on the proposed changes.

Labour leaders were more positive, but had some concerns.

Guy Smith, president of the Alberta Union of Provincial Employees, said the proposed legislation is a good compromise that would make the handling of labour disputes more fair and efficient.

Smith said the union wishes the government had included a ban on replacement workers during strikes.

“Had there been a blanket prohibition on the use of replacement workers like there are in other provinces … that would have gone a long way to preventing labour disputes overall.”

The Alberta Federation of Labour praised the legislation, including the proposed changes to union certification.

Federation president Gil McGowan said the government didn’t go as far as he had hoped, but the change is still an improvement.

“We are happy that the government has acknowledged that the current system for union certification is flawed and tips the scale against workers who try to join a union,” he said.

Gray said the government wants to have the legislation pass in time for it to go into effect in the new year.