About 1,000 patients in Ontario hospital hallways on any given day: report 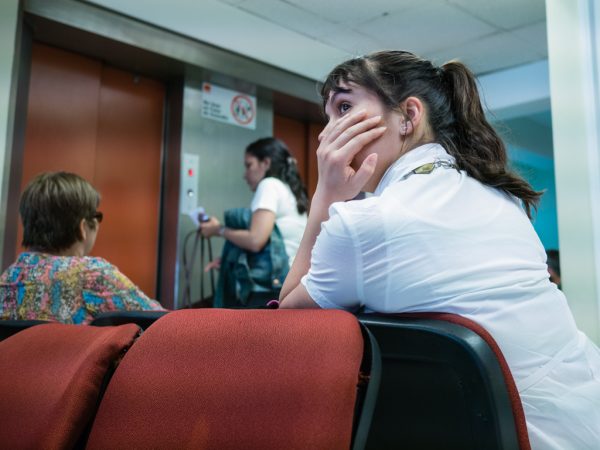 TORONTO – On any given day, at least 1,000 people are being treated in Ontario hospital hallways, according to the special adviser on health care, who says “tough decisions” will be required to fix the problem.

The first report from Dr. Rueben Devlin and the premier’s council on improving health care says hallway medicine is a significant problem in Ontario.

The next report is set to contain a series of recommendations, but some themes identified in the first document include a greater need for innovation and efficiency to decrease hospital overcrowding.

“Tough decisions will be required to address the challenges facing our health-care system, while we continue to champion the health-care professionals already leading great work in our communities,” Devlin writes in the report.

Ontario’s health-care system can be characterized as decentralized, large and siloed, noting there are 21 health-related government agencies supporting the design and delivery of health care in the province, the report says. Recent media reports have indicated the government is considering shutting down those agencies and folding them into one super agency.

The 21 agencies are not always well-aligned “and there is limited strategic oversight to ensure the efficient and co-ordinated use of resources,” the report says.

“The entire health-care system is too complicated to navigate, people are waiting too long to receive care and too often are receiving care in the wrong place; as a result, our hospitals are crowded,” the report says.

A government health-care survey found that 41 per cent of people who went to the emergency department could have been treated by their primary care doctor, and just one-third of hospital patients are admitted to an in-patient bed from the ER within the eight-hour target.

The province is not using the beds across the system as effectively as possible, the report says.

One way of measuring use of space is looking at how many people are waiting for care in another setting, and in October, almost 16 per cent of days spent in hospital were by patients waiting for care elsewhere.

The largest proportion of that is people waiting to be transferred to long-term care, the report says, where the average wait time to access a bed is 146 days.

Another area in which it identifies problems is mental health. About one in three adults who went to the emergency department for mental health or addictions care hadn’t previously seen a doctor for their mental illness, the report says.

Even though most mental health issues are best treated in the community, long wait times for that treatment sometimes mean that a patient’s condition worsens while they wait and they have no other option than to go to the emergency department, the report says.

Health Minister Christine Elliott thanked the council for the report and said in a statement that the government is committed to creating a health-care system that works for Ontarians.