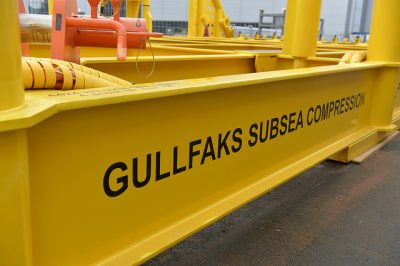 The helicopter was en route to the Norwegian mainland from the Gullfaks B oil field in the North Sea. PHOTO: Harald Pettersen/Statoil

COPENHAGEN—A rescue official says 11 bodies have been found after the crash of a helicopter on an island off the coast of western Norway.

Jon Sjursoe, a spokesman for Norway’s Joint Rescue Coordination Center, said there were 11 Norwegian nationals, one Briton and one Italian on the Eurocopter EC-225 helicopter that crashed April 29, but he didn’t know which were among the confirmed victims.

The helicopter was on its way from the Gullfaks B oil field in the North Sea to Bergen, 120 kilometres away on the Norwegian mainland.

The helicopter belonged to B.C.-based CHC Helicopter. A spokeswoman with the company said exact details of what had happened were not yet known.