Wynne says the objective was to help people pay electricity bills. The committee tasked with investigating her regime's financial practices are not buying it 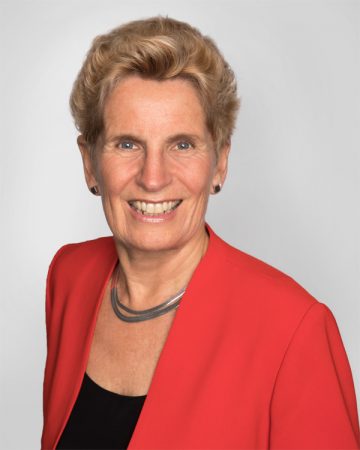 TORONTO – Ontario’s former Liberal premier insisted Monday that her government did not try to obscure the full financial impact of cutting hydro rates by taking on billions in debt, saying the accounting practices used and their effect on the province’s books were no secret.

Kathleen Wynne’s comments came as she testified at a committee tasked with investigating her regime’s financial practices, which the current Progressive Conservative government said left the province with a $15 billion deficit – a figure far higher than the Liberals’ projected $6.7 billion deficit for 2018-2019.

Wynne acknowledged that the Liberals were trying to balance the budget as they brought in the Fair Hydro Plan in 2017, but said their main objective was to help people struggling to pay their bills.

“We worked with (Ontario Power Generation) to find a way to keep the cost of the electricity investments within the electricity system, on the rate-base,” she said. “That was our motivation … and yes, there was an imperative we had to balance the budget, but they were not necessarily one and the same thing.”

The committee questioning Wynne was created in September by Premier Doug Ford, whose Progressive Conservatives won a majority in June. Ford announced the committee days after his finance minister said Ontario was facing a $15 billion deficit, which the government has since said it brought down to $14.5 billion.

Critics have disputed the deficit figures and slammed the work of the committee as politically-motivated.

Tory legislator Roman Baber, a member of the committee, repeatedly pressed Wynne about whether the Liberals kept the debt to lower hydro rates “off-book” in order to fulfil a promise to balance the province’s budget.

“You needed to keep the costs of the hydro plan off the books, isn’t that correct?” he said.

Wynne stressed that her chief concern was helping Ontarians.

“There were no secrets here,” she said of the way the Fair Hydro Plan, which cut rates by 25 per cent, was enacted last year.

The plan lowers time-of-use rates by removing from bills a portion of the global adjustment, a charge consumers pay for above-market rates to power producers.

For a decade, a new entity overseen by Ontario Power Generation is taking on debt to pay that difference. Then, the cost of paying back that debt with interest – which Liberals government said would be up to $28 billion – will go back onto ratepayers’ bills for the next 20 years as a “Clean Energy Adjustment.”

Wynne told the committee that governments of all political stripes had failed to adequately fund electricity infrastructure across the province. Large-scale investment was required to upgrade it but led to a hike in hydro rates, she said.

The decision to then attempt to lower those rates was not simple, she said.

“We were trying to redress costs that should have been invested over decades,” she said. “We were actually trying to do something that was, in some ways, was unnatural.”

Ontario’s auditor general said last year that the plan’s total cost will be $39.4 billion over 30 years, but the Liberals’ accounting meant Ontario’s net debt and future deficits wouldn’t reflect that. She also accused the Liberals of shifting the increased cost to a new generation of rate payers.

The new Tory government said it has adopted the auditor general’s accounting in reaching its new deficit figure.

Tory legislator Ross Romano, who sits on the committee, said that Monday was an chance to get answers from the former premier on behalf of Ontario residents.

“Perhaps this was an opportunity for (Wynne) to speak to the people of Ontario and acknowledge a mistake with respect to how the Fair Hydro Plan was designed,” he said.

Wynne said she was glad to answer questions for the committee because its membership is comprised only of Tory and NDP members – no Liberals.

NDP legislator Sandy Shaw, a member of the committee, said her party is trying to find specific measures to improve financial transparency.

“There’s no smoking gun,” she said of the committee’s findings. “There’s been no testimony where everybody gasps and thinks we’ve got to the bottom of this.”

The committee is expected to deliver a final report this month.