GE and Invenergy have started work on a 2,000 MW wind farm in blustery Oklahoma. The project is expected to cost US$4.5 billion 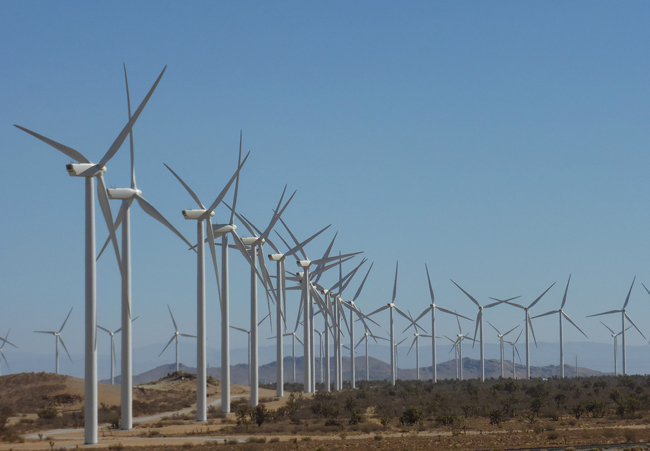 The new Wind Catcher facility will overtake the Alta Wind farm in California as the U.S.’s largest. PHOTO: Z22/Wikimedia

CHICAGO—Construction work is well underway on a sprawling 2,000 megawatt wind farm expected to become the largest in the U.S. and second-largest worldwide.

GE and renewable power developer Invenergy unveiled project, known as Wind Catcher, July 26, but said crews have been working to erect turbines at the Midwest U.S. facility since last year.

Wind Catcher will be located in the blustery Oklahoma panhandle and provide energy to 1.1 million customers in Louisiana, Arkansas, Texas as well as Oklahoma. It’s expected to incorporate 800 of GE Renewable Energy’s 2.5 MW turbines, which translates to a full two gigawatts of power capacity.

The Oklahoma wind farm and its supporting infrastructure will cost US$4.5 billion.

The site will become the largest wind farm in the U.S., overtaking the approximately 1,500 MW Alta Wind in California. If other proposed projects are not completed in the interim, it will also be the world’s second-largest wind farm, after China’s partially-complete Gansu wind farm.

The Wind Catcher project will create 4,000 jobs during the construction phase and 80 once the wind farm becomes operational.

Crews are expected to wrap up work and connect the wind farm to the grid by mid-2020.