Willis Tower, second tallest building in U.S., is getting a makeover

Blackstone, the private equity group which bought Chicago's tallest building for $1.3 billion in 2015, has ambitious plans for the landmark 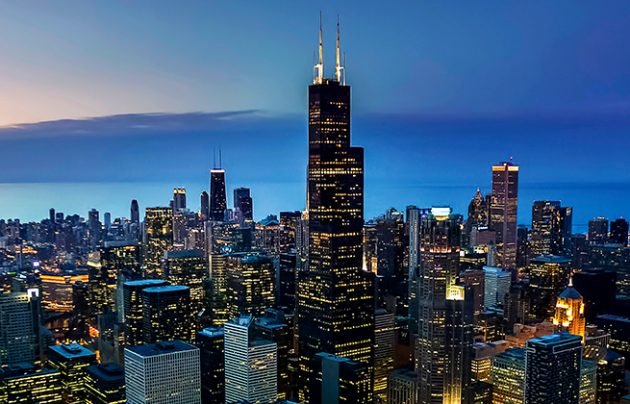 As part of the project, approximately 460,000 square feet of the tower will be renovated.
PHOTO: WillisTower.com

CHICAGO—The mayor of the Windy City, Rahm Emanuel, announced on Feb. 2 a US$500 million renovation to the Willis Tower, one of the world’s tallest buildings.

Representatives from multinational private equity firm Blackstone Group L.P., which bought the Wills Tower for $1.3 billion in 2015, were on-hand with Chicago’s mayor to announce the project.

“With this historic investment, the Willis Tower will remain a vibrant and modern icon that inspires both young and old for generations to come,” Emanuel said. “But more than that, today Blackstone is doubling-down on its confidence in the future we are building in the city of Chicago.”

The renovation will be the first major overhaul to the building—formerly known as the Sears Tower—in its 43-year history.

The plan also calls for more than 300,000 square feet of new retail, dining and entertainment space to be added to the base of the building, and a new 30,000-square-foot outdoor deck and garden space.

Part of the investment will also focus on enhancing the tower’s 103rd floor Skydeck Chicago experience, which currently brings in 1.7 million national and international visitors annually.

Work is scheduled to begin this month, and will create an additional 2,500 jobs.

Blackstone’s plan for the new Willis Tower was fleshed out by the Chicago office of Gensler, a global San Francisco-based design firm. Gonzalez Architects designed the tenant-only office amenities, and Los Angeles-based Hetzel Design is overseeing the design concepts for the Skydeck enhancements. Design-build firm Turner Clayco will oversee construction.