German automaker Volkswagen says it will hire about 1,800 workers for the factory, while a new research centre will employ about 200 engineers 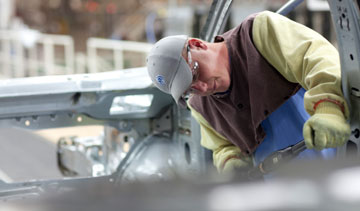 DETROIT—Volkswagen is building a new seven-passenger SUV at its Chattanooga, Tennessee, factory, adding about 2,000 jobs.

The German automaker says it will invest $600 million in the factory and a new research centre that will employ about 200 engineers.

Production of the new SUV is scheduled to start at the end of 2016.

The plant now employs about 1,500 workers and makes only one model, Volkswagen’s Passat midsize car.

The new model is seen as key to reviving Volkswagen’s flagging sales in the U.S.