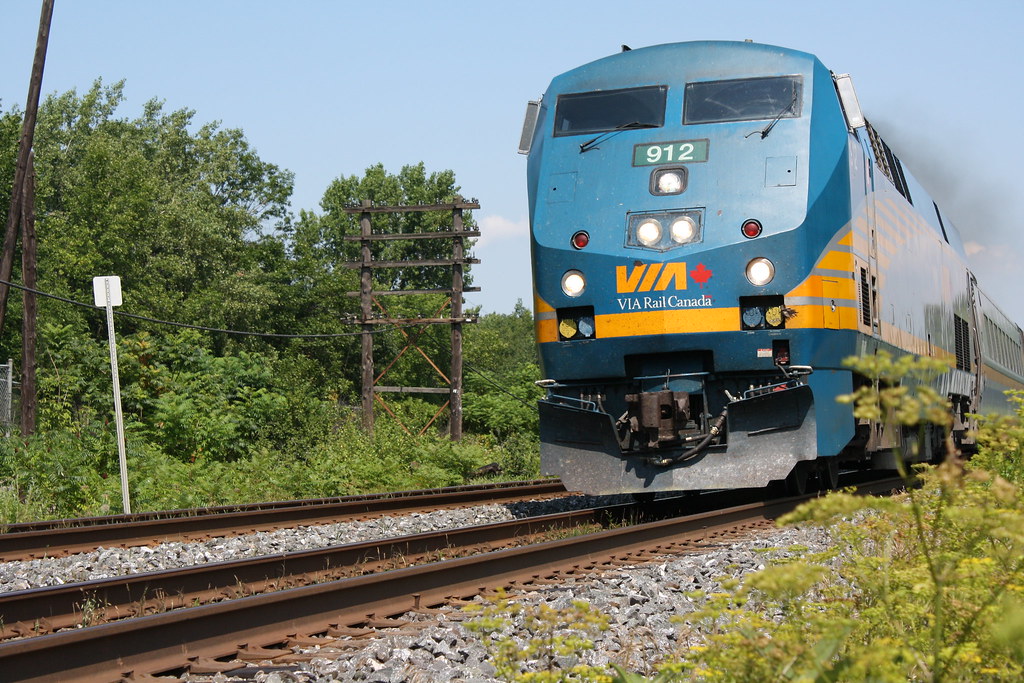 OTTAWA – Via Rail’s business case for a multibillion-dollar high-frequency-rail project between Toronto and Quebec City would receive a boost if it ditched the stretch from Montreal to Quebec City, internal federal documents say.

The document, labelled “secret,” was obtained by The Canadian Press under access-to-information law.

The memo’s release comes as Via looks for financial support to build dedicated rail lines that will increase the frequency of trips, cut travel times and ensure its trains will no longer have to work around freight schedules on borrowed tracks.

An assessment conducted for Transport Canada warned the inclusion of the Montreal-Quebec City section of the proposed rail service would eat into the plan’s profitability, according to a briefing document prepared earlier this year for Canada’s deputy minister of finance, Paul Rochon.

The study, delivered last fall by the firm EY, recommended the Quebec route undergo further review “given its high capital costs and poor performance on an operational basis,” the federal document said.

A key to the project’s eventual realization is finding a way to make the plan attractive to private-sector investors, whose support would build on public dollars.

The document explained how Via put forward an optimistic business argument for the high-frequency proposal.

“Via predicts that the project will recover the capital costs and generate a net surplus along Via’s (Toronto-Quebec City) network due to a substantial increase in ridership and revenues,” said the January briefing note to Rochon.

It estimated the capital costs of the project to total $4.4 billion, a tally that includes $1.14 billion for the leg between Montreal and Quebec City. Via might seek private investment to pull it off – and will need to show potential investors that they’ll make their money back and then some.

Asked about the contents of the briefing note, a spokeswoman for Via said in an email that the studies cited in the memo seem to refer to the original high-frequency proposal that it submitted to the government in 2016.

Marie-Anna Murat added that the research was not conducted on behalf of Via.

Covering billions of dollars’ worth of construction costs and turning a profit besides would be a significant financial turnaround for Via, which is a Crown corporation.

For example, Via’s 2018 annual report said its Montreal-Ottawa-Toronto service lost nearly $93 million after moving, on average, about 49,000 passengers a week.

The Quebec City-Montreal-Ottawa service ran a deficit of nearly $24 million last year after an average of about 17,000 people rode its trains along that route each week.

Extensive academic research has shown high-frequency and high-speed rail lines around the world rarely, if ever, recover their capital and operating costs, said Matti Siemiatycki, a transportation–policy expert at the University of Toronto.

“If you look at the annual reports for Via, all of those lines are losing money and are heavily subsidized … These are huge numbers to make up,” Siemiatycki said in an interview.

“In general, that is a highly optimistic business case.”

He added that Via is in a “tough spot” and he credited the Crown corporation for trying to find a way to make the project work.

Siemiatycki said there are likely good arguments to be made for the project on environmental or social-connectivity grounds, but framing it as a good revenue-generating opportunity is harder.

“It will be interesting to see if they can find investors to come to the table who are really going to risk their own private capital on what seems like a fairly high-risk proposal,” he said.

The federal briefing document also cited a separate, earlier analysis that found the high-frequency project could reduce Via’s dependency on government funding in the corridor, especially if only the Toronto-Ottawa-Montreal portion were completed.

In recent months, efforts have been made to make the high-frequency project more enticing for private investors.

A few weeks ago, the government announced it would give Via $71 million in federal cash to help make a better business case for the proposal. Some of the funding will come from a financing agency known as the Canada Infrastructure Bank, which provides public money as a way to attract funding from private sources.

The money from Ottawa will support planning work to ensure Via trains would be able to seamlessly move between any new dedicated tracks and local transit systems in Montreal and Toronto.

At the time, Pierre Lavallee, chief executive of the infrastructure bank, insisted the project had attracted “strong interest” from private investors.

Murat said the joint project between Via and the Canada Infrastructure Bank is being created “to further explore the possibility of high-frequency rail in the Quebec City-Toronto corridor.”