Unfinished nuclear plant sells for paltry $111M, buyer vows to get it running

U.S. utility spent $5 billion developing the Bellefonte nuclear site during the 1970s before halting construction and abandoning the project 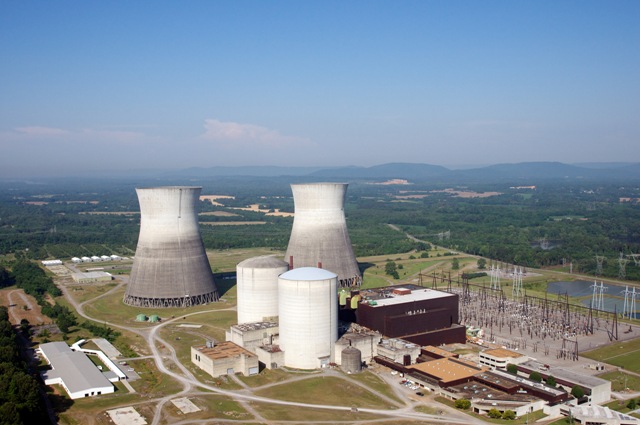 The unfinished Bellefonte Nuclear Plant in Hollywood, Alabama. Construction on the project began in the 1970s before being halted due to a lack of electricity demand. PHOTO: TVA

BIRMINGHAM, Ala.—A development company that purchased an unfinished nuclear power plant from the Tennessee Valley Authority for $111 million Nov. 14 said it plans to spend as much as $13 billion to make the nuclear generator operational.

Nuclear Development LLC—formed by Tennessee businessman Franklin L. Haney and based in Washington, D.C.—said it had been interested for years in finishing the Bellefonte Nuclear Plant in Hollywood, Alabama. It paid more than three times the minimum bid for the property.

A company statement said the project was expected to create as many as 4,000 temporary construction jobs and about 2,000 permanent jobs once the plant is running.

“The Bellefonte Nuclear Station will help transform communities across the region – many of which have been hit hard by the forced closure of coal power plants over the last decade,” Haney said in a statement. “This project will bring new life to the region by creating thousands of jobs while providing assured access to reliable, affordable, zero-emission energy.”

Nuclear Development still must complete financing for the project, said spokesman Bud Cramer, a former congressman turned lobbyist, and it also must transfer Bellefonte’s operating license from TVA through the Nuclear Regulatory Commission.

The Haney Co. has a development portfolio worth more than $10 billion with holdings in several states and the nation’s capital, according to its website. Its past involvement with TVA includes development of a computer centre in Chattanooga, Tennessee.

One other company bid on the plant, said TVA spokesman Scott Fiedler, adding the Haney Company won. It has up to two years to complete the purchase.

Plant manager Jim Chardos said the utility’s main goal in selling the plant was to promote economic development in the area.

“Each bidder needed to provide an end-use and investment plan to demonstrate that they can do just that,” he said in a statement.

TVA began work at the Bellefonte site in the mid-1970s, but it never finished the two-reactor plant as growth in the demand for electricity waned. The utility said it has spent about $5 billion at the plant, parts of which have been removed and sold.

The purchaser gets two unfinished reactors, several buildings and 1,600 acres of land on the Tennessee River.

Sales of U.S. nuclear plants aren’t rare. The Nuclear Energy Institute, an industry group, said at least 30 units have been sold in part or whole since 1999.