The Liberals must garner support of at least one of the Conservative, Bloc and New Democrat parties in order to pass legislation and survive tests of confidence 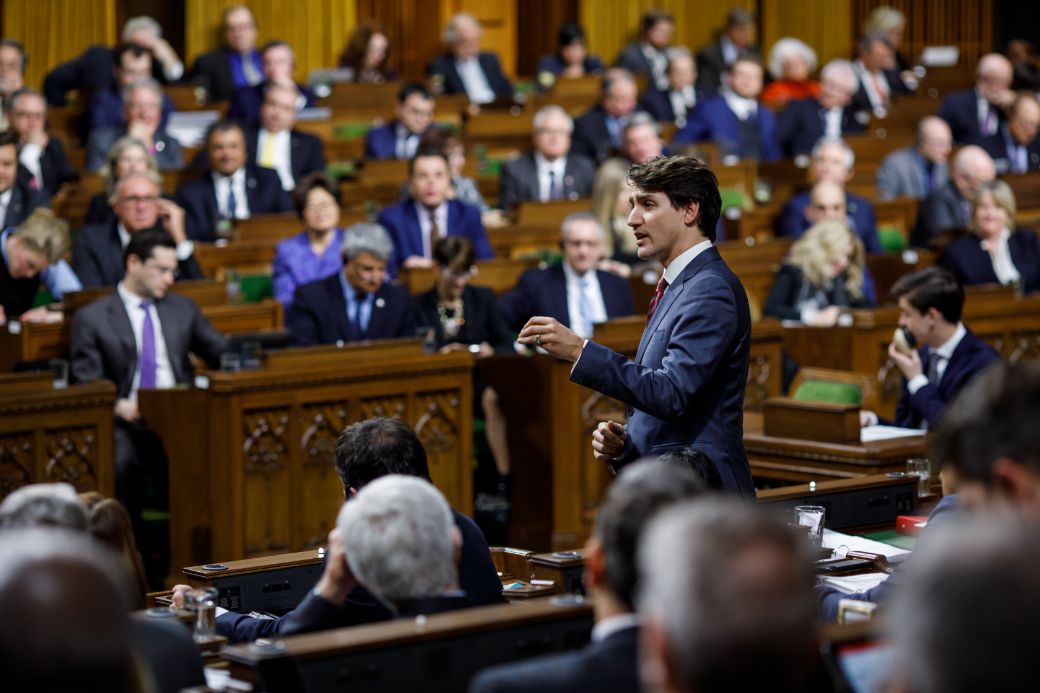 OTTAWA – Justin Trudeau’s Liberals survived Tuesday their first test of confidence in the House of Commons but got a pointed reminder of how opposition parties can still make life complicated for a minority government.

Conservatives mustered the support of other opposition parties to pass a motion calling for the creation of a special parliamentary committee to examine Canada’s fraught relationship with China.

Related: One year after arrests, Canadians held in China set to face trial

The motion authorizes the committee to order the prime minister, Foreign Affairs Minister Francois-Philippe Champagne, Public Safety Minister Bill Blair and Canada’s ambassador to China, Dominic Barton, to appear as witnesses “from time to time as the committee sees fit.”

But while that could tie up Trudeau and his ministers and dwell on sensitive diplomatic and trade conflicts with China that the Liberals would prefer to deal with outside the public spotlight, they will at least get to continue governing.

The Liberals, with the support of all opposition MPs but the Conservatives and one Green MP, passed a series of votes on supplementary spending estimates. The estimates passed on a vote of 205-116, ensuring that previously planned government programs get the funding they need to operate.

Any vote involving money is traditionally considered a matter of confidence. A government that cannot command the confidence of the Commons is deemed to have been defeated.

They must, therefore, garner the support of at least one of the Conservative, Bloc and New Democrat parties in order to pass legislation and survive tests of confidence.

On Tuesday, the Conservatives, who have signalled their intention to bring down the government as soon as possible, voted en masse against the estimates. They were joined by one of two Green MPs in the Commons, Paul Manly.

Bloc Quebecois and New Democrat MPs supported the estimates. They were joined by Green MP Jenica Atwin and lone Independent MP Jody Wilson-Raybould, a former Liberal who resigned from Trudeau’s cabinet earlier this year over the SNC-Lavalin affair.

All opposition MPs supported the Conservative motion to create a special committee to examine the Canada-China relationship, which passed by a vote of 171-148. The committee is to consist of six Liberals, four Conservatives, one Bloc Quebecois and one New Democrat. Since one Liberal is to chair the committee and would vote only in the case of a tie, the combined opposition members will outnumber the government members.

Conservative foreign affairs critic Erin O’Toole made it clear the objective of his party is not simply to delve more deeply into the issues creating conflict between Canada and China but to cast a light on all Trudeau’s misadventures on the world stage.

“Why do we bring this debate on our first opposition motion? Because we have had serious concerns with the Prime Minister’s ability to govern in Canada’s national interest on the world stage,” O’Toole told the Commons.

“Literally, all Canadians now have no confidence in the Prime Minister when he goes abroad.”

He referenced Trudeau’s ill-fated trip to India in 2018 and last week’s gaffe at the NATO summit, where Trudeau was caught by a live microphone laughing about U.S. President Donald Trump’s behaviour.

International Co-operation Minister Karina Gould suggested the Conservatives were playing political games with a serious situation and argued that existing parliamentary committees could do the same job of examining the relationship with China.

Bloc Leader Yves-Francois Blanchet acknowledged that political games were afoot and that the wording of the motion – implying that Trudeau and his ministers could be called multiple times to testify – seemed designed to ensure Liberals would not support it. Nevertheless, he said his 31 MPs supported the motion because it’s important that the government be accountable for Canada’s “highly uncertain” relationship with China.

The relationship went into a tailspin a year ago, following Canada’s arrest of Huawei executive Meng Wanzhou at the behest of the United States, which wants to extradite her on fraud charges related to U.S. sanctions against Iran.

In what was widely seen as retaliatory moves, China detained two Canadian citizens, Michael Spavor and Michael Kovrig, who remain imprisoned without access to lawyers or their families.

On Tuesday, a Chinese foreign-ministry spokeswoman in Beijing said the two men’s cases have been sent “for investigation and prosecution” on national-security allegations.

China has also imposed a ban on Canadian canola and soybeans and had temporarily thrown up a barrier to imports of Canadian pork and beef.