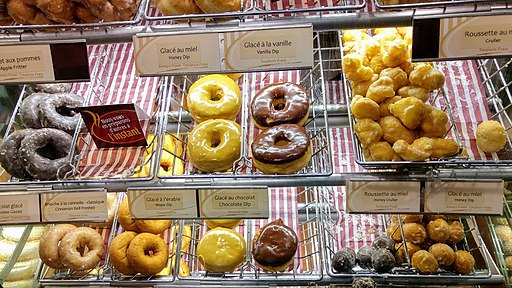 PHOTO: By Camelia.boban via Wikimedia Commons

The parent company of Tim Hortons seized the restaurants of the head of an unsanctioned franchisee group after he allegedly leaked sensitive corporate news to the media.

The president of the Great White North Franchisee Association, which has served as a thorn in Restaurant Brand International’s side since its inception more than a year ago, denies the allegation he’s acted as an anonymous source and claims the company is yet again attempting to intimidate franchisees.

David Hughes received a phone call Sunday afternoon, roughly four minutes before the company locked him out of his four Lethbridge, Alta., coffee shops, he said.

He rushed to the nearest location from his house.

“Unfortunately, by the time I got there, security people had locked the doors. We weren’t allowed in,” he said.

Between four and eight years remained on the franchisee agreements for each location, Hughes said.

RBI confirmed the four shops remain open, but are under corporate management until the company selects a new franchisee to run them. It declined to provide financial details of the termination agreement.

The company’s decision has nothing to do with Hughes’s position with the association, she added.

Last week, The Canadian Press received a copy of a letter from the franchisee group’s lawyer to the head of legal at the coffee chain alleging coffee pots have been shattering and injuring employees. RBI denied the accusation, as did the manufacturer.

When asked whether RBI believes Hughes leaked the letter, other information or both, Almeida said the company provided Hughes details, which are confidential, in his termination documents.

“Besides our original statement, we have nothing further to add,” she wrote in response to an interview request.

Last year, RBI accused Hughes and association board members of leaking confidential information to the former CEO of Tim Hortons, who then provided it to one of Canada’s national newspapers. Hughes, the association and the former CEO all denied the accusation at the time.

Hughes denies leaking any information to the media, saying this is the first time he’s been allowed to speak with a journalist “forever.” Hughes last spoke to The Canadian Press in 2017.

Still, he’s been outspoken about RBI’s alleged mismanagement of the coffee-and-doughnut chain.

He’s critiqued the high cost of new espresso machines, for example, and repeatedly accused RBI of trying to intimidate franchisees—a claim the company has denied.

“Sometimes we agree and sometimes we don’t, but we have no tolerance for any owner that knowingly damages our brand,” she wrote.

It’s unclear if Hughes, who once vowed to be the last man standing in the battle against RBI, will remain president of the association, which did not immediately respond to a request for comment.

The group’s bylaws won’t allow him to remain president if he owns zero stores, he said. Though, for now, Hughes remains in the role and is consulting with the group’s legal team to determine his next steps.

“We’re going to fight this, obviously,” he said.

“Because what they’re trying to do is get rid of the president of the Great White North. This is just pure intimidation.”