Tesla to float an additional US$500M worth of shares

Proceeds to accelerate growth of Tesla Energy, Model 3 and Gigafactory 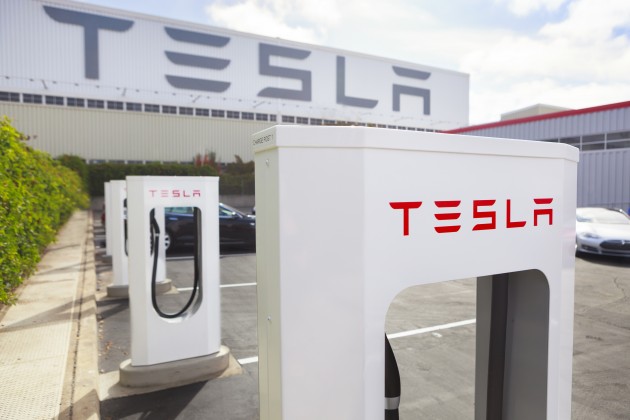 PALO ALTO, Calif—Tesla Motors Inc. has announced its intent to offer approximately US$500 million of additional shares of common stock in an underwritten registered public offering. The company filed with the SEC Aug. 13 to sell 2.1 million shares, which were valued at $238.17 per share Wednesday.

Tesla intends to use the money raised from the offering to accelerate the growth of its business in the United States and across the globe. The company said the proceeds will go toward the growth of its stores, service centers, its Supercharger network and the Tesla Energy business. The company noted the funds would also bolster the development and production of its Model 3, as well as the Tesla Gigafactory, which is currently under construction in Nevada.

Goldman, Sachs & Co. and Morgan Stanley are acting as lead joint book-running managers for the offering.

Though the share issue will be public, the company’s company’s CEO, Elon Musk has already noted his intent to get in on the offering. Musk announced he intends to purchase $20 million worth of shares at the public offering price.

While Tesla shares have climbed considerably year to date, lower sales estimates for 2015 led to a sell-off early this month.