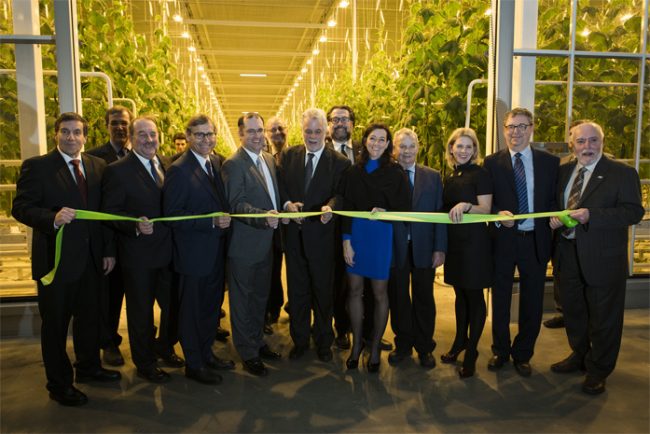 SAINT-FELICIEN, Que.—A sprawling greenhouse complex in central Quebec has officially opened its doors and begun shipping cucumbers to grocery stores across the province.

The first of the greenhouse’s cucumbers hit store shelves in Quebec late last month after more than three years of planning and construction.

The first stage of a multi-phase development plan, Toundra ultimately aims to cover 3.2 million sq. ft. of the mid-sized Quebec town with all-season greenhouses, which would make it the largest greenhouse complex in the province. Subsequent phases are expected to boost total private sector investment in the project to approximately $100 million. The greenhouse has also received government support from sources such as the CED.

The system will capture CO2 from the a nearby Resolute Forest Products Inc. mill, reducing the facility’s carbon emissions. The isolated carbon will then be transported to Toundra’s greenhouse and injected into the air to help spur plant growth, increasing the facility’s yield.