While Canadian income inequality is far from U.S. levels, a researcher points to World Bank figures showing it is on the rise 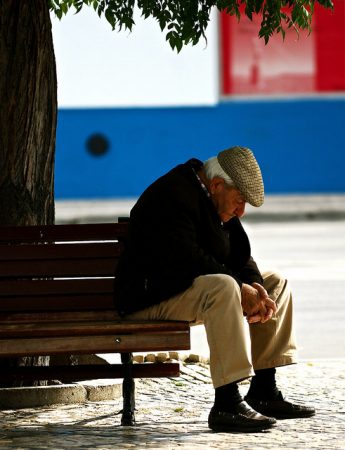 TORONTO – A paper published in the Canadian Medical Association Journal suggests life expectancy in Canada could be threatened by the same factors that are causing it to fall in the United States.

“There are some signs which are pointing in the same direction,” said Juergen Rehm of Toronto’s Centre for Addiction and Mental Health, a large teaching and research hospital. “We find the same (trends), to a much lesser degree, in Canada.”

Rehm said life expectancy in the U.S. has begun to decline slightly – something so rare in a rich nation that the last time it occurred in the U.S. was during the Second World War. Most of the new decline is due to an increase of “deaths of despair”: drug overdoses, suicide or alcohol abuse.

The increase deaths are heavily correlated to areas with poorer and more rural people, said Rehm.

“Ninety per cent of what’s happening with deaths of despair in the United States is happening in rural America,” he said. “You cannot let large parts of a country have a net loss in salary over 10 to 15 years and expect those people to be as happy and as clear as before.”

In a commentary in the journal, Rehm said a similar trend appears to be taking hold in Canada.

Deaths from alcohol-related diseases such as cirrhosis of the liver are also increasing.

And while Canadian income inequality is far from U.S. levels, Rehm points to World Bank figures showing it is on the rise.

“Our life expectancy is increasing, but it’s plateauing.”

Findings from a separate paper in the same journal back him up.

The Public Health Agency of Canada says the average Canadian lifespan is 82 years – still the 10th-longest in the world.

But it’s up only slightly from 81 years in 2006. And Canada’s current ranking is two notches lower than it was a decade ago.

The same study finds the death rate from mental and substance use disorders increased by 11 per cent from 2006 to 2016.

The agency found Canadians are generally in good health, although health issues in an aging population are shifting to disease and disability.

Rehm said there are ways for Canada to avoid a decline in life expectancy driven by deaths of despair.

Don’t make booze cheap, for one. Rehm refers to dozens of studies linking price and availability of alcohol to its abuse.

“We have people speaking about one buck a beer, or nonsense like that,” said Rehm, referring to a popular campaign promise by Ontario Premier Doug Ford.

Rehm also suggested doctors need to re-examine why and when they prescribe opioid painkillers.

“While Canada has seen half the prescription opioids in the U.S., we’re still the second-highest country in the world.”

And politicians need to think about the impact of what they pass into law.

“We should allow those policies that are at least not worsening our gap between the rich and the poor.”

Rehm makes no apologies about straddling the worlds of health research and economic policy.

“Will I convince everybody? No, but I’ll do my best.”

– By Bob Weber in Edmonton.