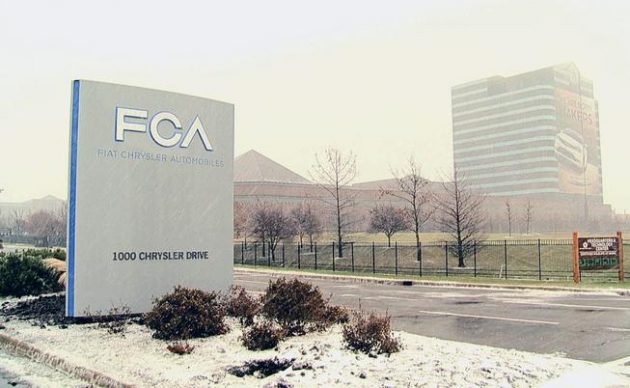 PARIS—Renault looks set to say “yes” Tuesday to a merger with Fiat Chrysler, in a deal that could reshape the global auto industry as carmakers race to make electric and autonomous vehicles for the masses.

France and Italy are both painting themselves as winners in the deal, which could save both companies 5 billion euros (US$5.6 billion) a year. But workers worry a merger could lead to job losses, and analysts warn it could bog down in the challenges of managing such a hulking company across multiple countries.

The big loser may end up being Japan’s Nissan, whose once-mighty alliance with Renault and Mitsubishi is on the rocks since star CEO Carlos Ghosn’s arrest in November.

Renault SA’s board met Tuesday afternoon at its headquarters in Boulogne-Billancourt outside Paris to decide whether to accept Fiat Chrysler Automobiles’ bold merger offer of last week.

A “yes” by Renault would open the way for a non-binding memorandum of understanding to start exclusive merger negotiations. The ensuing process—including consultations with unions, the French government, antitrust authorities and other regulators—would take about a year.

A merger would create the world’s third-biggest automaker, worth almost $40 billion and producing some 8.7 million vehicles a year. That’s more than General Motors makes, and trails only Volkswagen and Toyota.

If the merged company were to include the Nissan-Mitsubishi alliance too, they’d be the No. 1 car producer in the world.

But Nissan wasn’t consulted on the potential deal, and had resisted Ghosn’s idea of a full merger with Renault before his arrest. Ghosn denies accusations of financial wrongdoing.

The French government, which owns 15% of Renault, has held talks with Renault and Fiat Chrysler Automobiles in recent days, and a government official told The Associated Press that the “dynamic is positive” and the merger “makes sense.”

The official, who spoke only on condition of anonymity in line with government policy, said the merger would produce a Netherlands-based holding company with potential operational headquarters in Boulogne-Billancourt, Renault’s home base.

Renault’s CGT union slammed company management for not consulting union representatives on the talks and called the merger “fundamentally damaging to Renault, its engineering, its industrial strength and its workers.”

A CGT statement Tuesday called the merger idea a “gift to the Agnelli family” that is Fiat’s leading shareholder, arguing that Renault is the stronger company and that the deal would give away Renault’s more advanced electric car technology without gaining anything comparable in exchange.

The union questioned Fiat Chrysler’s argument about cost savings, saying the two companies’ vehicles are too different to share technology, and warning that a merger would threaten the alliance with Nissan, which took many years to start saving the companies money.

The French government is insisting that any deal preserve French jobs and research and development sites, and a balance between both parties.

But the French official said it generally welcomes the deal as a win for both Renault and Fiat Chrysler, because each has strengths the other lacks.

Italian Deputy Premier Luigi Di Maio is closely following the potential merger, and said in a Facebook message Monday that it would bring “a significant added value to Italy” and he “sees our country as one of the protagonists.”

He said he took for granted that the deal would protect workers. Di Maio comes from the Naples suburb of Pomigliano, where Fiat has been building the Panda and which is slated to build a new Alfa Romeo SUV under longer-term plans to transform Italian plants to higher-margin premium vehicles.

The merger would be a bold step in the industry consolidation that many see as necessary in the capital-hungry sector.

Fiat Chrysler says 90% of savings would come from reducing spending on purchasing parts, and combining research and development, manufacturing and tooling. It estimates the savings would be achieved in six years.

Fiat has merger experience in the past. It sealed an agreement with U.S. officials in 2009 to take over bankrupt Chrysler in exchange for small-car technology and managerial expertise. The deal secured Fiat’s survival, with Chrysler now the carmaker’s big cash machine on the strength of Jeeps SUVs and Ram trucks.