April 7, 2016  by Alexandra Posadzki, The Canadian Press, with files from the Associated Press 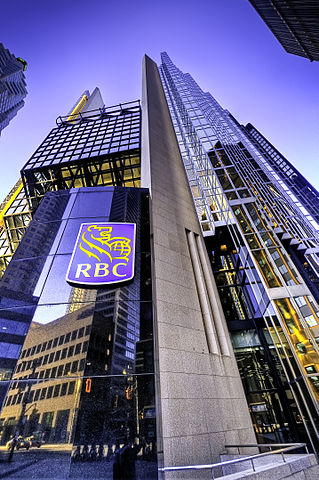 Following being identified in the massive leak of financial information this week, RBC said it works within the legal and regulatory framework of every country in which it operates. PHOTO: Francisco Diez, via Wikimedia Commons

TORONTO—The CEO of RBC, the only Canadian financial institution linked to the so-called Panama Papers scandal, said Wednesday the bank is combing through four decades worth of files to determine whether any wrongdoing took place.

David McKay said he is unhappy the bank’s name has been “dragged into” the controversy involving offshore tax evasion allegations, especially considering that there is no evidence to suggest the company has done anything illicit.

“As a CEO, I have to be concerned about our brand and reputation, particularly in a situation where there’s absolutely no allegation of wrongdoing,” McKay said, following the bank’s annual general meeting in Montreal.

The Toronto Star and CBC, which worked with the International Consortium of Investigative Journalists, have reported that RBC and its subsidiaries used Mossack Fonseca, a Panamanian law firm at the centre of the data leak, to set up more than 370 shell companies.

McKay emphasized that there are many legitimate reasons for setting up such companies and said it’s important not to conflate tax evasion, which is illegal, with tax planning.

“We just happen to have a couple hundred files, going back 40 years, that are attached to this legal firm,” he said. “That’s all that’s been reported.”

RBC has assembled a team of people to review the company’s files and try to determine what relationship the bank may have had with Mossack Fonseca and whether that relationship still exists, McKay said.

He added that he doesn’t know how long the process could take, given that the information cited in the leaks spans four decades.

“You can imagine how difficult it is to go back in your files 40 years,” McKay said.

As Canada’s largest bank looks into its dealings with the Central American law firm, European authorities are also investigating the massive data leak, which allegedly involves high-ranking politicans, celebrities and business leaders worldwide. The head of Switzerland’s financial market regulator says the Panama Papers revelations show that the world financial system is susceptible to misuse, and says his office is dealing with money laundering cases that look like “blatant and massive corruption.”

Mark Branson, chief executive of regulator FINMA, said Thursday that his office is dealing with “a number” of money laundering cases, adding: “We are not talking about small-fry.”

He said Switzerland faces a relatively high risk of money laundering as the world’s largest centre for cross-border wealth management for private clients. He said “money laundering is on the increase” in Switzerland and Swiss banks must do more to fight it.

Branson said his office was “taking action” against 14 unspecified banks that are facing “red” ratings for risk of money laundering.

The huge 11.5 million-document leak surfaced early this week, and has led to public outcry worldwide.