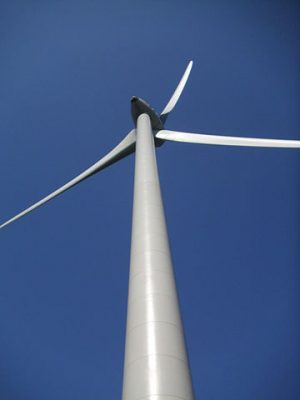 MONTREAL—Quebec-based renewable developer Boralex Inc. has signed a deal with Enercon Canada Inc. to acquire a majority stake in one of Ontario’s largest wind farms.

Commissioned last month, the Niagara Region Wind Farm spans five townships and counties in southern Ontario and includes 77 Enercon E-101 turbines. It operates under a 20-year feed-in tariff contract with Ontario’s grid operator, the IESO, and has an installed capacity of 230 megawatts.

Boralex said it will pay $238.5 million in cash for the German turbine maker’s interest in the project, voiding a previous plan to buy a 25 per cent stake. The Six Nations of the Grand River Band First Nation also owns a 50 per cent interest in the project’s intangible assets, which include the power purchase contract with the IESO.

The deal is a major boost to Borelex’s overall generating capacity, increasing its installed capacity by 21 per cent to 1,338 MW. It owns other renewable projects in Quebec and Ontario, as well as in Western Europe.

To fund the deal, the Montreal-based company will use cash-on-hand as well as issue $150 million in new shares via a bought deal with National Bank Financial Inc. and RBC Capital Markets.

Along with the major Niagara-area purchase, which Boralex said was the largest acquisition in its history, the company also announced plans to increase its dividend by 7.1 per cent, boosting it to 60 cents per share annually from 56 cents previously.