With production expected to begin next year, firm now has multi-year offtake agreements to account for nearly half its planned production 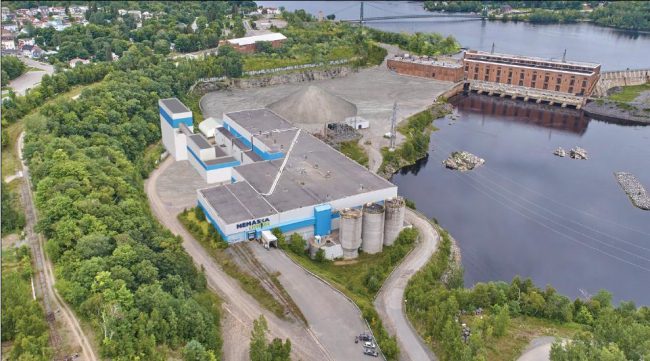 Nemaska’s Shawinigan site. The company has largely completed the first phase of its plant and plans to quickly expand after proving the quality of its product. PHOTO: Nemaska

The latest offtake deal, announced Oct. 31, follows a $12 million supply agreement with Johnson Matthey Battery Materials finalized this May and secures buyers for nearly 50 per cent of Nemaska’s planned production starting in mid-2018.

The company did not release the financial details of the new agreement.

FMC, which operates across a range of industries, including energy storage, currently sources lithium from a region in Argentina, Chile and Bolivia known as the “lithium triangle.”

Under the deal, the Quebec lithium miner will ship 8,000 tonnes of lithium carbonate per year to FMC beginning in mid-2018.

Nemaska is currently entering the final few months of construction on its demonstration-scale Shawinigan, Que. lithium processing plant and its Chibougamau, Que. mine. It plans to begin sending customers samples of its product in the first two quarters of next year.

After demonstrating its technology it plans to quickly scale up and expand its processing plant in Shawinigan to 28,000-tonnes of lithium carbonate equivalent per year.

Construction and startup costs at the new plant will total approximately $38 million.