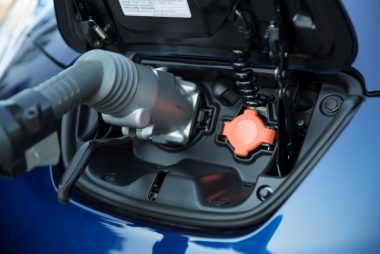 Quebec plans to roll out fast-charging stations in a number of communities along Highway 20. PHOTO: Nissan

MONTREAL—Quebec is greatly increasing the number of fast-charge stations for electric vehicles along one of the province’s busiest highways.

The government says quick-charging stations will be added in two phases in six communities along Highway 20 between Montreal and Mont-Joli, about 580 kilometres away.

Such stations currently exist in eight communities along the route.

The new ones will be built in Ste-Hyacinthe, Laurier Station, Montmany, Riviere-du-Loup, Trois-Pistoles and Rimouski.

Quebec Premier Philippe Couillard, speaking at an international electric vehicle conference in Montreal, say the announcement demonstrates the province’s drive to encourage the use of such vehicle and reduce greenhouse gases.

The province aims to increase the number of electric and hybrid vehicles on Quebec roads 10-fold to 100,000 by 2020.

Couillard said interest in electric cars is growing exponentially, but infrastructure needs to be deployed at a speed that accommodates growing demand.

In addition to offering subsidies to encourage purchases of EVs, Quebec and public utility Hydro-Quebec are supporting development of charging stations in the province, as well as in Ontario and the New England states.

Pension fund manager Caisse de depot last week announced it would provide $12.8 million to AddEnergie to support the launch of a multi-province network.

The FLO network will initially have 2,000 charging locations in five provinces, including Quebec. The goal is to add 8,000 more over the next five years.

Quebec’s Electric Circuit public charging network is slated to grow to 800 stations from the 670 that currently service more than 8,300 customers.

The city also plans to establish an institute in collaboration with universities to experiment with innovation concerning electric vehicle transportation.