Province to make first of two $500 million payments June 30, will own a 49.5 per cent stake in aircraft project when investment is complete 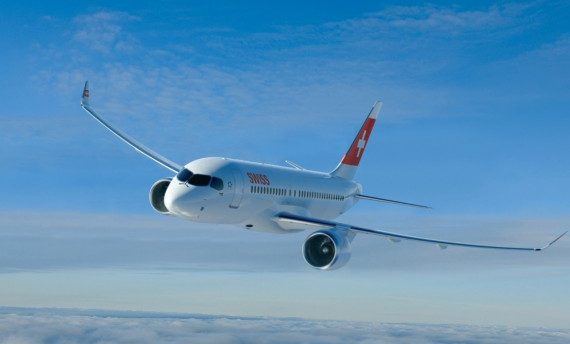 After significant delays and cost overruns, the first CS100 is scheduled to be delivered to Swiss Air Lines next month. PHOTO: Bombardier

MONTREAL—Bombardier Inc. and the Quebec government have reached a definitive agreement for the province to invest US$1 billion towards the CSeries passenger jet program.

The two sides have been working out details of the agreement since the plan was originally announced in October.

The Montreal-based company says it expects to receive the money in two installments of US$500 million each, with the first to be received by Bombardier on June 30 and the second on Sept. 1.

Bombardier says a final deal will be reached when certain customary conditions are met.

Once the Quebec government’s investment is complete, it will own 49.5 per cent of a new limited partnership with all the assets, liabilities and obligations of the CSeries aircraft program.

The CSeries aircraft is two years behind schedule and has incurred about US$2 billion in cost overruns. The first planes are slated to enter into service with Swiss Airlines in July.