Q&A: Dan Kelly on what the business community needs from the election campaign 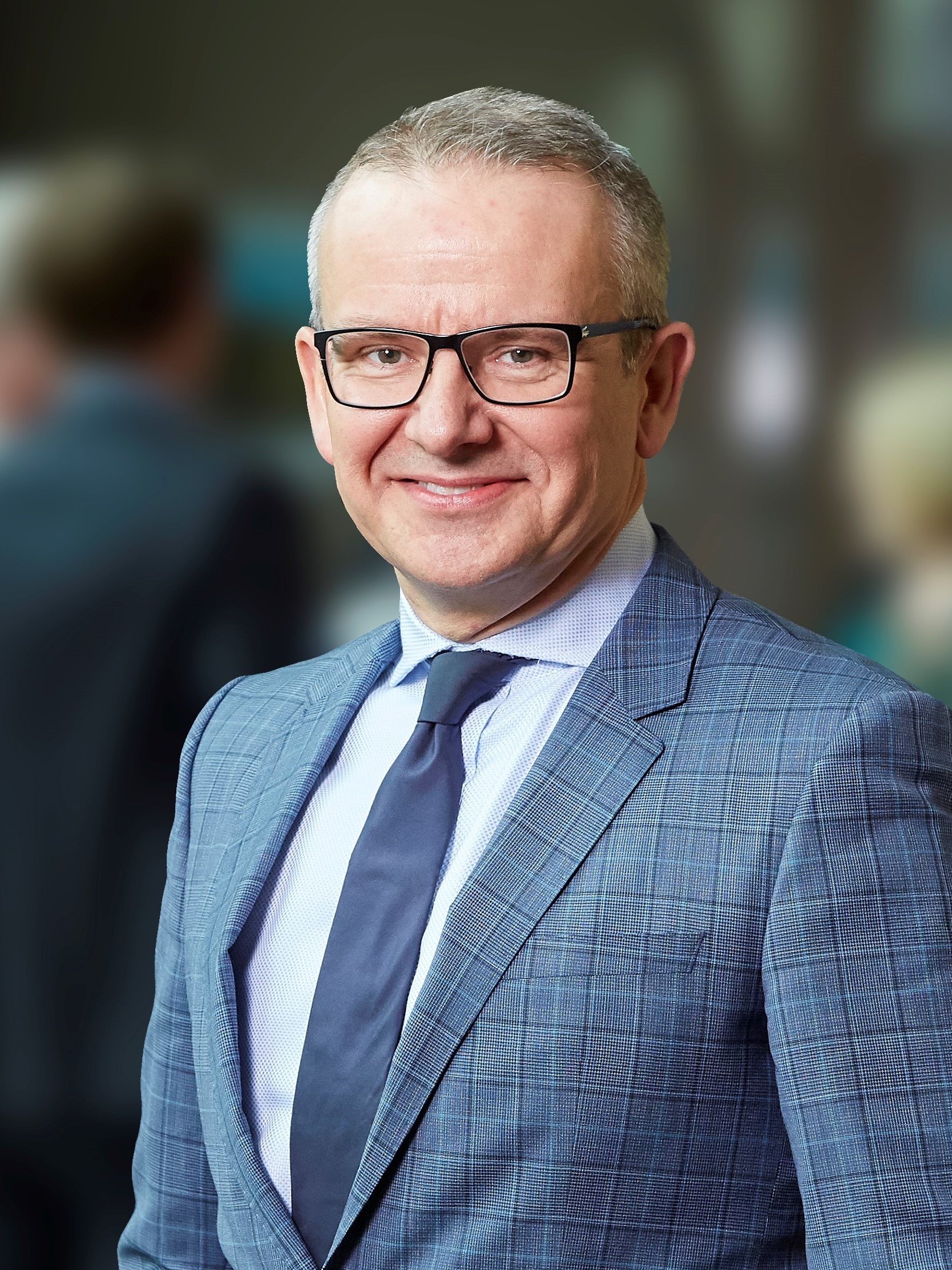 PHOTO: Dan Kelly, president, CEO and chair of the Board of Governors, Canadian Federation of Independent Business

As the lead spokesperson and advocate for the Canadian Federation of Independent Business since 2012, Dan Kelly is no stranger to spearheading fights and defending the views of 110,000 small- and medium-sized member businesses. Neither is he timid when it comes to lobbying political leaders on electoral issues – including a call for parties to put forward measures that address concerns around affordability, labour and financing.

The CFIB is pulling out all stops during the 2019 federal elections campaign as Kelly, who holds the CFIB reins as president, CEO and chair of the Board of Governors, is delivering nearly 9,000 signed letters from small business owners to major party leaders. High on his list of priorities is a demand to reduce the costs of hiring and training by lowering the employment insurance (EI) rate for small firms; addressing a growing tax burden by slowing down or halting additional Canada Pension Plan (CPP) increases after 2019; and repealing the federal carbon tax by instead working with provinces to address climate change in ways that minimize negative impacts on SMEs.

In an interview with CanadianManufacturing.com, Kelly spoke about tax burden, why the federal carbon tax should be repealed, and why the next government should put in place a plan to balance the budget within the next five years.

Q: With the federal election campaign in full swing, manufacturing decision-makers and business owners are looking at what the current government has done for them. How has the Liberal government fared?

DAN KELLY: It is a bit of a mixed bag. There are a lot of independent business owners who remain deeply angry at the current government because of the tax changes made in 2017. In 2017, the Department of Finance put forward the largest series of changes to the tax treatment of independent businesses in the past 40 years. The government tried to ram it through in an unfair, short consultation period, which caused this community to almost melt down. The business community was united in a way that I hadn’t seen in 25 years working in business policy. I thought it was quite remarkable. Businesses were deeply offended the government was referring to them as tax cheats that were trying to use loopholes to save on their taxes and pass the bills on to Canadians. I don’t think that unhappiness has gone away. And sadly, it detracts from some of the positive things that the Federal government has implemented in its past mandate.

There are other examples. The Federal Labour Code is another. The pension plan premium expansion is another example of bad policy adopted.

But on the flip side, there are some meaningful advances that should help manufacturers and other businesses over the coming years. The biggest highlight in things they’ve done well is manage Canada’s trade agreements, most notably getting the new NAFTA [North American Free Trade Agreement] close to the finish line. It’s not entirely done getting the CUSMA [Canada-U.S.-Mexico Free Trade Agreement] teed up. But it’s a very good thing. Yet, there are some that believe the government could have done a better job of that. I’m of the view that Canada did about as well as it could, given the challenging trading partners that we have to deal with at the moment. I think far more of the challenges with U.S. trade have to do with Donald Trump than any failing on the part of the Canadian government. I am prepared to say the Liberals did a good job managing our affairs through the NAFTA discussion.

Also, on the national files with trade and getting CETA [Comprehensive Economic and Trade Agreement] across the finish line and moving forward with CPTPP [Comprehensive and Progressive Agreement for Trans-Pacific Partnership]. Those are good things for manufacturers, for Canadians. And it’s to the credit of the government. Both Conservatives and Liberals have been responsible and good on the international trade front.

The other file where I would tip my hats to the Federal Liberals is with respect to accelerating capital cost allowances for manufacturers – by allowing it to speed up to triple its pace. That was an important strategic decision and I think it will pay a lot of dividends for the country. And that was certainly positive.

Overall, though, there are some challenges…. The tax hikes that businesses have faced, the giant deficit that the country is facing, and the federal government is not about natural resource development, and the federal carbon tax has been another big challenge for the business community.

Kelly: The economy has been doing reasonably well. I’d say that the strong U.S. economy has helped Canada too. There are a lot of strengths in manufacturing in the heartland of the economies of Ontario and Quebec. One of the largest challenges is labour. And that’s creating its own cycle of problems. It’s a good problem to have, rather than largescale unemployment, but challenging non-the-less for a lot of business owners. The wheels are on economically at the moment, but what I hear most from business owners and manufacturers is the overriding concern over uncertainty. You would think with the fairly robust economy that we’ve had over the past few years, that businesses would be feeling fat and happy, but that’s not the sense that I get. They’re quite nervous. Some of this is international uncertainty, because we have our largest trading partner that throws new curveballs our way almost every couple of months. That presents a problem.

We look at the relations with China for example. That is causing a lot of uncertainty. I hear regularly from manufacturers and other businesses that have trading relationships with China but don’t wish to travel to China right now because they’re afraid the Chinese government will take some action against them.

Then there’s the warning clouds happening in the domestic economy. The fact that the economy has been in good shape, and yet governments – both federal and provincial – have been running giant deficits. That causes worry from two fronts. Firstly, those bills are going to have to be paid at some stage. And secondly, are we prepared that if the economy does slip into recession, that governments have tools at their disposal to try and push back?

The other thing that has happened is that there has been a whole series of tax changes – long-term tax hikes that are only starting to go into effect. One of the things I don’t think is reported on enough is that Canada has just completed year one of a seven-year process to increase the Canada Pension Plan. Every single Canadian paycheck went down on January 1, 2019 as a result of CPP hikes and that will happen again for six more years. And the hikes are going to be escalating each year. We have only started that process.

And on the carbon tax on the four provinces (Saskatchewan, Manitoba, Ontario and New Brunswick, and soon Alberta will join, unless a new government scraps it). The carbon tax is going to be escalating for another four years. So, these are going to take dollars out of payroll budgets and capital budgets for manufacturers, and businesses more broadly, for many years to come. If it were just one year, you might be able to get away with it without having major impact. But I’m not at all convinced that will be the case as things drag on over the next four to six years.

There’s a worry that the good times are not going to be around terribly long. That’s kind of the message I get from a lot of companies right now.

Q: What outcomes are you hoping for?

Kelly: There are certain things we can’t control, such as what Donald Trump is going to tweet tomorrow and the impact that is going to have on world markets. What we can control is a lot of the domestic policy levers. And that’s why, regardless of who takes power in Ottawa, I hope that they will tackle Canada’s deficit, that we’re serious about eliminating red tape and regulation, and that they will be revisiting some of the tax hikes that are planned, or announcing commensurate tax reductions in other areas. I’m hoping the election will bring some policy certainty to the country. Of course, there is a decent chance that we may have a minority government, and while some people like the idea of having a minority government in the spirit of compromise, it can lead to more uncertainty because you never know when your government is going to implode. And that would be a worry, too.

Q: What are your members doing to reduce their carbon footprint?

Kelly: The vast majority of businesses have taken action to address their environmental footprint. Not just on carbon, but more broadly. Business owners already feel that they’ve done a lot. Their motivation is not because of government rules, regulations or policies, but because they believe it is the right thing to do. And they’re conscious of that. Most businesses feel there’s not a lot more they can do on their own.

For small businesses, often these things require additional aids. The easier things require giant investments. And that’s often money that they just don’t have. A lot of the support programs available to small firms are really not well targeted. It’s one of the reasons our members are very opposed to the federal carbon tax. Not carbon tax in general, but the Federal government’s carbon tax announced last year. We did some research that shows that up to 50% of the carbon tax will be paid by small- and medium-sized firms and, meanwhile, only 7% of the rebates will be allocated back to the SMEs. So, the federal government is using independent businesses for the most part as the cash cow to pay for the rebates they’re offering consumers. You know those commercials you’ve heard that says, “don’t worry about the carbon tax because you’re gonna get a rebate that’s larger than the amount you’ve actually paid in carbon tax.” Well, for that to be true, somebody has to be paying more than they’re getting back and, upon research, it is clear that it is the independent business community. Large emitters have a different scheme for carbon strategy. They’re exempt; 80-90% of their emissions are exempt from the carbon tax because they have more of a regulatory approach. So right now, small- and medium-sized companies are the net contributors towards carbon tax revenue. And the rebates are going largely back to consumers. We feel that if a rebate scheme is a good idea to try to dissuade average Canadians from overusing carbon, the same should be true for small- and medium-sized companies. The government is essentially transferring wealth from businesses to consumers.