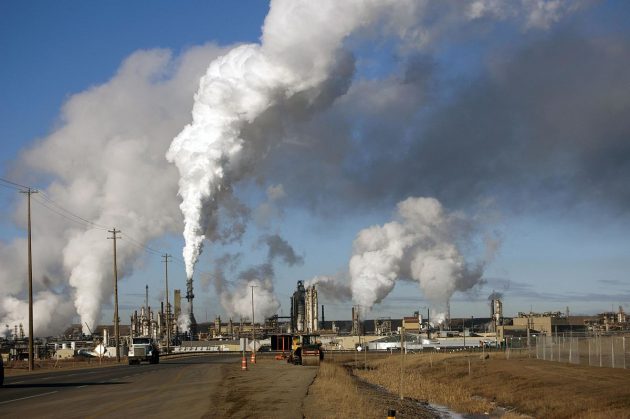 CALGARY – World oil prices have fallen so low that producers in Canada are being advised not to spend any money on drilling and, in some cases, to stop producing crude oil from existing wells.

Benchmark U.S. crude oil prices rebounded dramatically on March 19 to US$25.91 per barrel, a gain of $5.08 from near-20-year-lows on Wednesday, but analysts fear the gains may not last long in an environment of market volatility.

The list of companies cutting 2020 capital spending plans grew longer on March 19 with Paramount Resources Ltd. reducing its budget range to between $185 million and $250 million, compared with earlier guidance for between $350 million and $450 million.

West Texas Intermediate crude prices tumbled to US$20.83 per barrel on March 18, their lowest level since at least 2003.

Bitumen-blend Western Canadian Select crude, which trades in lockstep with WTI, closed at US$9.12 per barrel, a level that translates to less than half as much for the bitumen after subtracting the costs of buying light petroleum blend.

Global oil prices are being hit by fears that demand will fall due to the COVID-19 outbreak, at the same time that the market is flooded with barrels of cheap oil after Russia and Saudi Arabia failed to set new production limits.

On March 18, Baytex announced it would stop producing about 3,500 bpd of low- or negative-margin heavy oil production, adding it will be able to quickly turn off more wells or restart shut-in ones if conditions change.

In a report March 19, AltaCorp Capital noted that capital spending has been cut by an average of about 30% compared with last year for 29 American and 17 Canadian producers who have announced reduced capital budgets so far.

“We note that revised 2020 budgets were mostly set when WTI was in the US$30 to $35 per barrel range and, given the continued declines in global crude prices over recent weeks, we believe further cuts could occur,” the company said in a prepared statement.