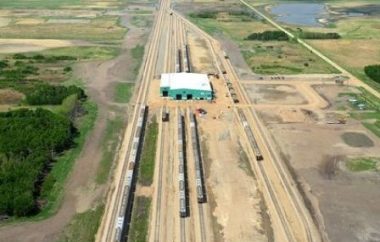 SASKATOON—Two Canadian fertilizer giants are tied up in advanced merger talks, according to Bloomberg.

Though they stressed that no final decisions have been made, the sources said the combination could be announced as early as next week.

Confirming the reports, the companies said they are in preliminary talks “regarding a potential merger of equals.”

“No decision has been made as to whether to proceed with such a combination, no agreement has been reached, and there can be no assurance that any transaction will result from these discussions,” the two companies said in separate statements.

Each of the companies have a market capitalization in the tens of billions of dollars. PotashCorp is the larger of the two, valued at close to $20 billion, while Agrium’s market cap stood at $17 billion as of mid-morning Aug. 30. The companies also form part of Saskatchewan potash marketing firm Canpotex, which is responsible for exporting the fertilizer product from the prairie province.

The Investment Industry Regulatory Organization of Canada (IIROC) halted trading of both companies’ shares on the Toronto Stock Exchange after the news broke Tuesday morning. Prior to the halt, investors had sent shares of PotashCorp up more than 10 per cent, while Agrium was trading more than seven per cent above its price at the bell.