PM says he pushed back on WE deal, knew family’s ties would lead to scrutiny 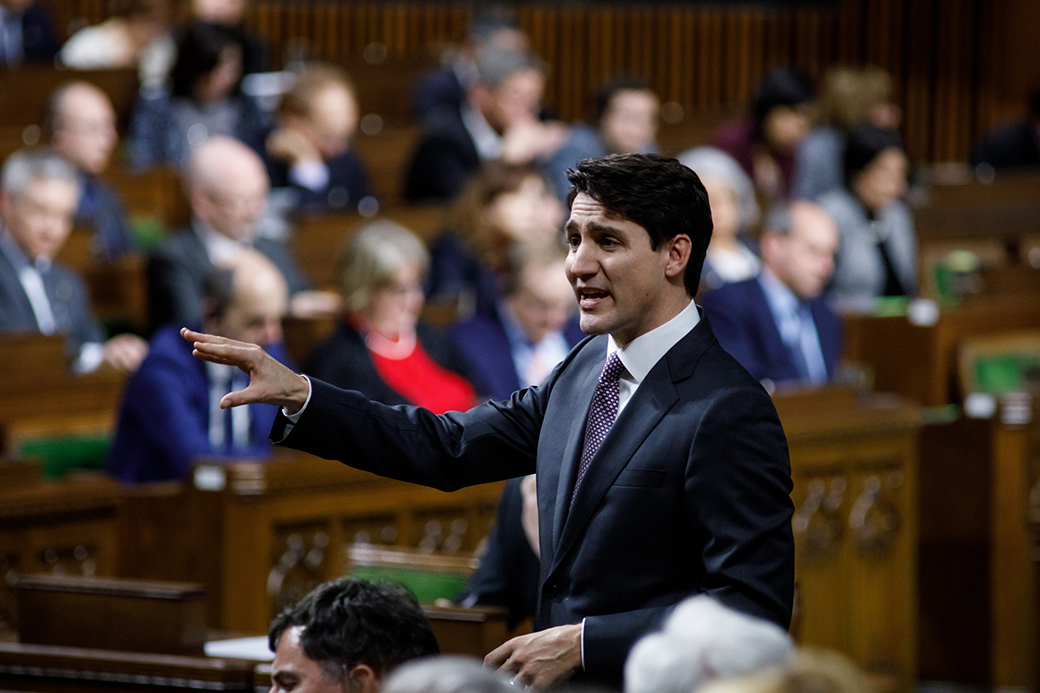 OTTAWA — Prime Minister Justin Trudeau said he initially pushed back when he learned the public service had chosen WE Charity to run the Canada Student Service Grant, knowing his family’s connections with the organization would lead to significant scrutiny.

“WE Charity received no preferential treatment, not from me, not from anyone else. The public service recommended WE Charity, and I did absolutely nothing to influence that recommendation,” Trudeau said July 30.

“When I learned that WE Charity was recommended, I pushed back.”

Trudeau has long-standing ties to the WE organization and several of his relatives — his wife, brother and mother — have been paid to appear at its events.

In a rare prime ministerial appearance before the House of Commons finance committee July 30, Trudeau said both he and his chief of staff, Katie Telford, first learned that WE Charity had been selected to run the grant program on May 8, mere hours before a cabinet meeting where it was to be discussed.

That was days after another group of ministers first heard about the need to let the charity run the program.

Trudeau said he wanted more due diligence done on the plan before it went to cabinet for approval, so he pulled the item from that day’s cabinet agenda.

“I wanted to make sure all the Is were dotted and all the Ts were crossed,” he said, “because of the connections with my family.”

Trudeau said he had originally expected the Canada Service Corps to deliver the program, which would have given grants to students and graduates for volunteering to help with lost job opportunities due to the COVID-19 pandemic-related shutdown.

However, the public service advised the Canada Service Corps, a youth volunteer service program created by the Liberals in 2018, was unable to scale up fast enough to deliver the emergency grant program in time to help students affected by the struggling economy this year.

That’s why the public service came back on May 21 to reaffirm its recommendation that WE was the only organization that could run the student-volunteer program, Trudeau said.

He also stressed he never spoke with WE co-founders Craig and Marc Kielburger at during the approval process, and when he learned of the public service’s recommendation to contract WE, he knew there would be questions about his family’s ties to the organization.

That was when he should have recused himself from the decision on the contract, Trudeau said.

After cabinet approved the WE deal on May 22, staff in his office recommended additional oversight measures for the dispersal of the approved funding, he said.

Trudeau agreed. A process was implemented mandating Youth Minister Bardish Chagger to provide a written update to the Treasury Board president on the grant program each time funds were disbursed.

WE has since backed out of the deal, citing the political controversy.

The Canada Student Service Grant is now unlikely to be part of the $9-billion student aid program Ottawa is rolling out this summer, Trudeau said.

“Getting young people to serve has been a goal of mine well before I ever got into politics, so I deeply regret how this has unfolded.”

Conservative finance critic Pierre Poilievre had a few tense back-and-forth exchanges, pressing the prime minister to say how much WE Charity has paid in speaking fees or expenses for members of Trudeau’s family.

WE has previously confirmed that Trudeau’s mother, Margaret Trudeau, was paid about $250,000 for 28 speaking appearances at WE-related events between 2016 and 2020 and his brother Alexandre has been paid $32,000 for eight events.

The Kielburger brothers testified July 28 that Trudeau’s wife Sophie Gregoire Trudeau has participated in seven WE Days and received an average of $3,618 for each event, to cover her expenses. That works out to $25,326 in total.

Trudeau acknowledged his family’s involvement with WE, and stressed that his wife’s unpaid work with WE on a podcast on mental wellness, as well as expenses covered by the organization, had been cleared by the ethics commissioner.

On July 29, Dion sent letters to Conservative and NDP MPs saying he is widening his investigation of Finance Minister Bill Morneau over trips he and his family participated in that were sponsored by the WE organization.

Morneau told the Commons finance committee last week he had freshly repaid WE Charity more than $41,000 in expenses for trips his family took in 2017 to see and take part in some of its humanitarian work.

Trudeau said he didn’t know Morneau had travelled with WE or that one of his daughters worked there.

Appearing after Trudeau, Telford told the committee she too regrets the way this program was handled.

In hindsight, the government could have done multiple things that would have saved the student-volunteer program, she said.

She also said Trudeau’s office will work with the ethics commissioner to make improvements and take any advice he has on how to limit potential conflicts.

Poilievre asked Telford why WE began working on the student grant program and incurring expenses May 5 if it had not yet been approved by cabinet. That was the same day Chagger brought the proposal to the smaller cabinet committee.

The Kielburgers have said officials told WE it could incur eligible expenses before being awarded the agreement. They said they wanted to get the program going quickly, knowing they could lose money if cabinet said no.

Telford said Rick Theis, a Trudeau policy adviser, took a call from WE that day but redirected the organization to Employment and Social Development Canada.

Related Stories
Scrutiny of WE Charity focused on ability to deliver grant program: PCO clerk
Trudeau expected perception issues with WE deal, but no conflict of interest
Kielburgers to testify at Commons committee over student program
WE not chosen to run volunteer program because of Liberal ties, founders say
Manufacturing In Focus