The federal government last week gave a conditional approval to the $36-billion venture, which is located on B.C.'s Lelu Island 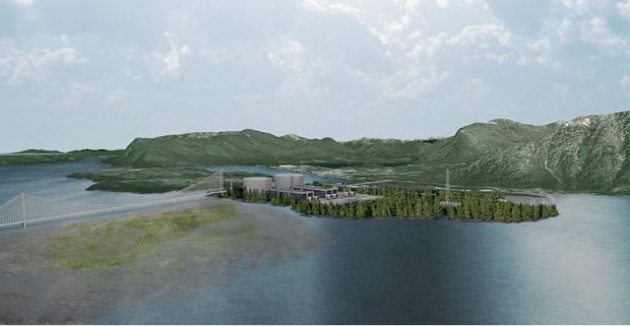 A statement from Petronas says it remains committed to working with its partners following a conditional approval from the federal government for the proposed Pacific NorthWest LNG project.

A news report indicated the firm was pondering selling its stake, which the company says it “categorically denies.”

B.C.’s Ministry of Natural Gas Development previously said in an email that it spoke with Petronas and was reassured about the company’s involvement in the proposed LNG export terminal.

The federal government gave a conditional approval earlier this week to the $36-billion venture, which is located on Lelu Island near Prince Rupert on B.C.’s northern coast.

The facility is designed to ship 19-million tonnes a year of liquefied gas over the next quarter century, though low commodity prices have delayed forward movement on the project.

Petronas says it will be conducting a review of the project, and the conditions, before making any decisions on how to move forward.