Ontario not on track to balance budget in 2017-18, watchdog says

Liberal government has repeatedly pledged to balance budget next year; FAO says that won't happen unless it cuts expenses or raises revenue 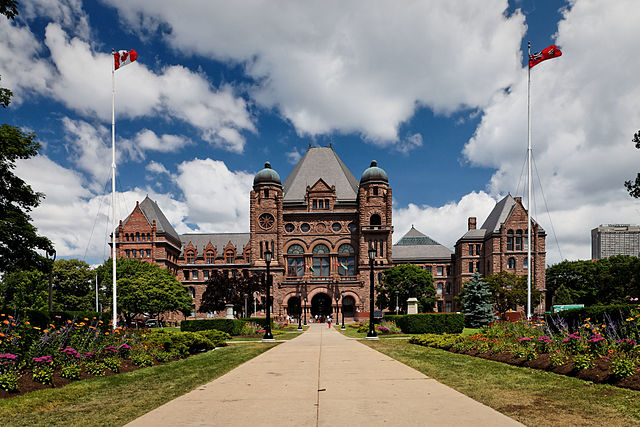 Ontario budget watchdog said the province will have to take action if it wants to deliver on its pledge to balance the budget. PHOTO: Benson Kua, via Wikimedia Commons

TORONTO—Ontario’s budget watchdog says that the province’s deficit will be $2.6 billion in 2017-18, despite a Liberal government pledge to balance the books by then.

The Financial Accountability Office released its economic and fiscal outlook today, saying that beyond that fiscal year the deficit will deteriorate further to $3.7 billion in 2020-21.

One of the changes since the office’s spring outlook, which predicted a smaller deficit of $600 million in 2017-18, was a new accounting treatment for government pension plans that added $1.5 billion to the deficit this past fiscal year.

The FAO says since the spring, higher tax revenues were reported for the last fiscal year, but there were also new government spending commitments and a more moderate outlook for economic growth.

The FAO says in its report that if the government wants to balance the budget it will either have to raise revenue or reduce expenses.