Vic Fedeli says Ontario's public account shows a $3.7 billion deficit in 2017-18 rather than the balanced budget touted by the previous Liberal government 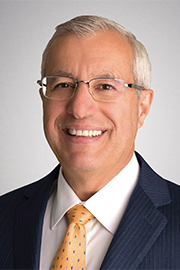 TORONTO—Ontario’s finance minister challenged the previous government’s budgets on Friday, saying an independent commission has concluded that the recently defeated Liberal government ran a deficit in the last fiscal year rather than balancing the books as claimed.

Vic Fedeli made the claim in a speech to the Economic Club in Toronto, his first major address since taking on the finance portfolio.

Fedeli said that with the commission’s findings factored in, the province’s public account shows a $3.7 billion deficit in 2017-18 rather than the balanced budget touted by the previous government.

He further said the province will run a $15-billion deficit this fiscal year, not $6.7 billion as the Liberals projected. Fedeli did not provide details as to how the commission arrived at that number.

“Only when the Government of Ontario truly accounts for its real deficit position can we begin to put the province back on a path to balanced fiscal sustainability,” said Fedeli.

“This is why we are so quick to accept the Commission of Inquiry’s recommendations and work, in good faith, with the Auditor General on solutions.”

The Progressive Conservative government announced the independent inquiry in July and tasked it with probing the Liberal regime’s accounting methods surrounding a pair of teacher pension plans and the province’s Fair Hydro Plan.

Those accounting practices had led to a two-year fight with Ontario’s auditor general, who said in April that the Liberals understated their deficits by billions.

The Conservatives have also commissioned a line-by-line audit of government spending, which is expected to be finished in the coming weeks.