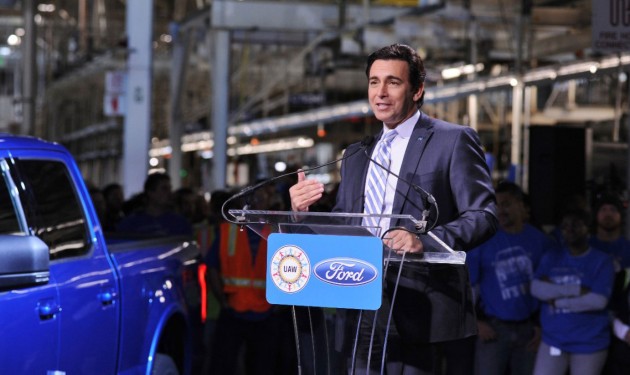 DETROIT—Ford’s former CEO Mark Fields is leaving the company with an estimated $51.1 million in cash, stock awards and pension benefits.

Fields, 56, retired earlier this week after three years as CEO. Ford made record profits during his tenure but its stock price dropped nearly 40 per cent on investors’ concerns about the company’s future.

Fields will be eligible for $22.1 million in stock awards that are continuing to vest and an estimated $17.5 million in pension benefits.

He could earn a $3.6 million bonus, but not if he’s hired by a competitor.

Fields has $7.9 million in vested stock options, but other stock options currently have no value because Ford’s stock price has sunk so low.