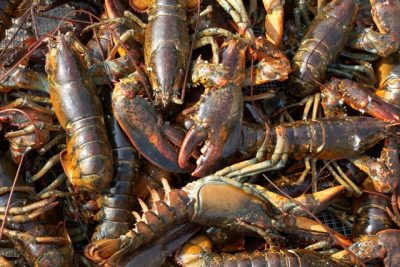 Lobster is Canada’s largest seafood export, making up $1.5B in shipments in 2014

CAP-PELE, N.B.—An East Coast lobster company has its sights set on the global seafood market as it embarks on a major expansion.

The company plans to invest more than $10 million—including a $4.7 million contribution from the provincial and federal governments—in new equipment and automation technology aimed at helping it improve productivity.

“This modernization program represents the largest investment in Westmorland Fisheries Ltd.’s history,” Russel Jacob, the company’s president, said. “The expansion, plant enhancements and new equipment will result in a stronger, more efficient and more innovative Westmorland, better positioned to capitalize on growing demand for lobster products all around the world.”

The majority of the public sector funds come from the federal government through the Atlantic Canada Opportunities Agency, while New Brunswick will contribute $410,000.

Westmorland employs approximately 400 workers at its 78,000 square-foot processing facility in Cap-Pelé, N.B., and buys lobsters from hundreds of harvesters across the East Coast supply chain.

The company hopes the investment will allow it to modernize and keep up with the growing seafood export market. Lobster remains the largest part of Canada’s seafood export industry, making up $1.5 billion in shipments in 2014.