Chrystia Freeland was sworn in Aug. 18 and has a lot of work ahead of her 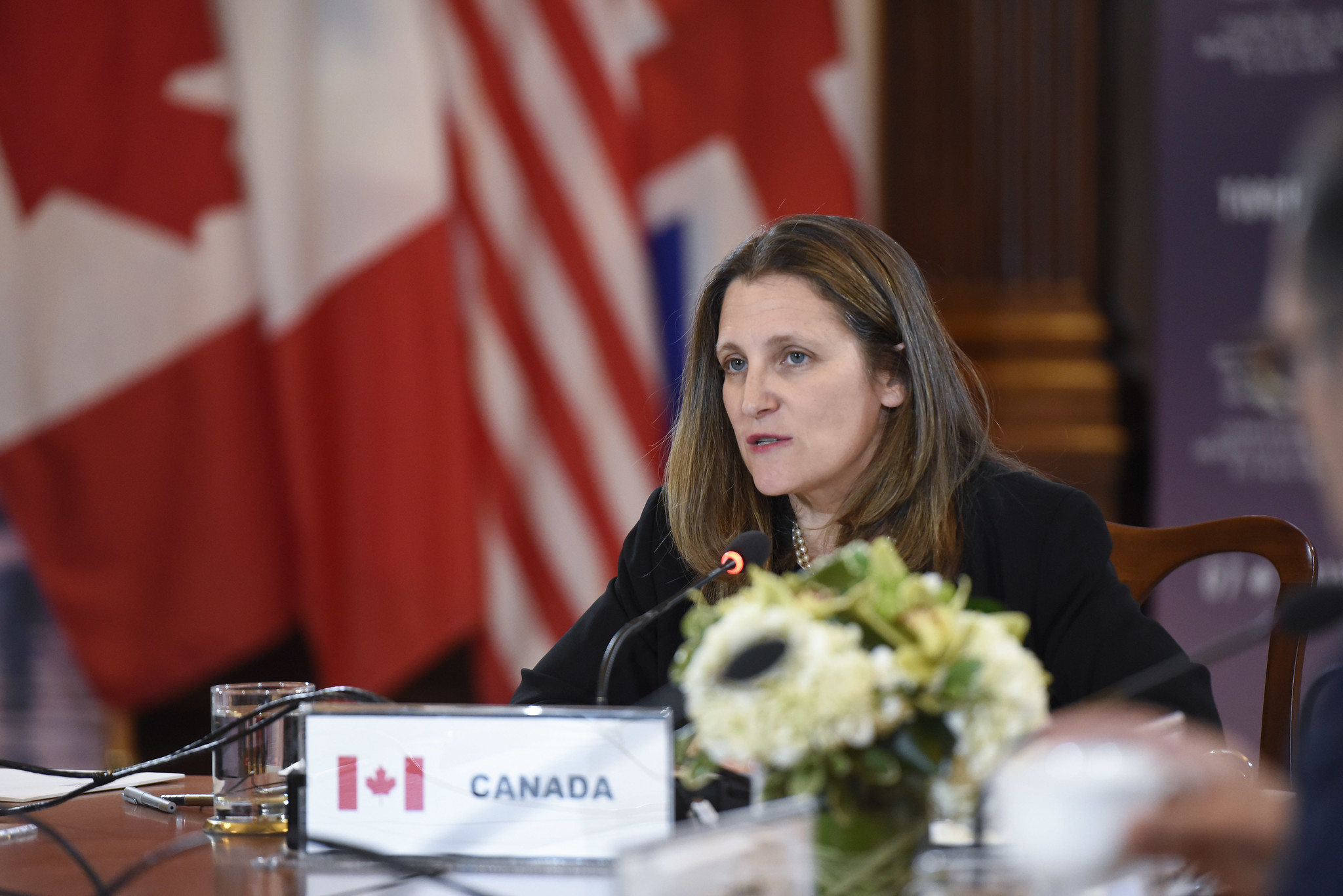 Canada’s next finance minister faces a serious challenge as the country charts its way through the most difficult economic circumstances since the Great Depression.

Chrystia Freeland, who was sworn in Aug. 18 after Bill Morneau resigned late Aug. 17, will have to manage a COVID-19 recovery that is still very much under way, with more than 40% of the three million workers who lost jobs due to the COVID-19 pandemic still unemployed as of mid-July.

The path forward for jobless Canadians is still taking shape. Fewer than one-third of the 4.7 million people who were receiving the $2,000-per-month Canada Emergency Response Benefit at the beginning of August would qualify for Employment Insurance when CERB ends on Sept. 26, according to the Canadian Centre for Policy Alternatives, though the government has promised to ease EI eligibility rules.

The unemployment rate currently sits at 10.9%, according to Statistics Canada’s July labour force survey, which noted almost twice as many people were unemployed than in February.

Key to the task of drafting a budget will be weighing whether to patch up a frayed social safety net or to broaden it with reinforced rope.

“There are huge challenges in terms of how our social safety net has actually been exposed through COVID to be kind of thin and narrow,” said Sheila Block, a senior economist at the Canadian Centre for Policy Alternatives.

“Years and years of underinvestment in public services have really come back to bite us.”

Potential changes to employment insurance — thresholds for hours worked, payment amounts and inclusion of self-employed and gig economy workers — fall under the purview of the employment minister, “but eventually it lands on the finance minister,” Block said.

Debt presents another dilemma for Freeland. Ottawa has been pumping money into the economy since March, resulting in a projected debt of $343 billion, an increase of more than 1,000% from the previous year.

Much of that spending has gone toward a federal wage subsidy for troubled businesses, which has been extended until at least December. Further extensions and tweaks to the program — it will cost the government an estimated $67.9 billion through the end of the year, according to a report last week by the Parliamentary Budget Office — will rest largely in Freeland’s hands.

The longer-term issue is whether the surge in spending linked to the coronavirus will morph into a more permanent trend, with attendant tax and debt implications, he said.

Despite a drastic uptick, the debt-to-GDP ratio remains well below danger zones highlighted by the International Monetary Fund and the highs of the mid-1990s, when it reached two-thirds.

Morneau’s resignation could portend a doubling down on a “’fairness’ agenda,” with “more fiscal activism” the likely outcome, said Derek Holt, vice-president at Scotiabank Economics.

“The timing works well, as resigning in August gives plenty of time for a material shift in the fiscal stance before the unconfirmed fall budget or update and Throne Speech,” Holt said in a research note.

The Business Council of Canada on Tuesday urged the government to set clear fiscal targets and rein in spending given a projected net debt in 2020-21 of $1.2 trillion, saying in a letter to Freeland that “interest rates will rise eventually.”

CEO Goldy Hyder said there is an “urgent need” for Ottawa to pivot to an “economic growth and prosperity agenda,” with an eye to structural issues ranging from an aging population and climate change to “regulatory obstacles that go well beyond pipelines.”

Freeland brings to the table a background steeped in financial journalism — she penned the 2012 book “Plutocrats: The Rise of the New Global Super-Rich and the Fall of Everyone Else” — and delicate trade negotiations with the U.S. during her nearly two-year stint as foreign affairs minister.

“Her communication skills and prior background as a financial journalist and policy wonk will serve her well in the role as will her global mindset. Freeland could well be the country’s best — if not only — chance at a female prime minister within a reasonable time horizon,” Holt said.

Some previous finance ministers have landed in the role after prominent business careers, including Morneau and Paul Martin, but others such as Jean Chretien, Jim Flaherty and John Manley took on the title without any executive experience.

“Being a titan of industry in particular in these times is not necessarily the best qualification for a finance minister,” Block said, citing inequality and the pandemic as the towering economic issues of the day.

“I think there’s a great deal of uncertainty, and that’s something that the finance minister will also have to deal with.”