22-stop light rail project would connect two growing GTHA cities, ferrying as many as 35 million people each year by 2031 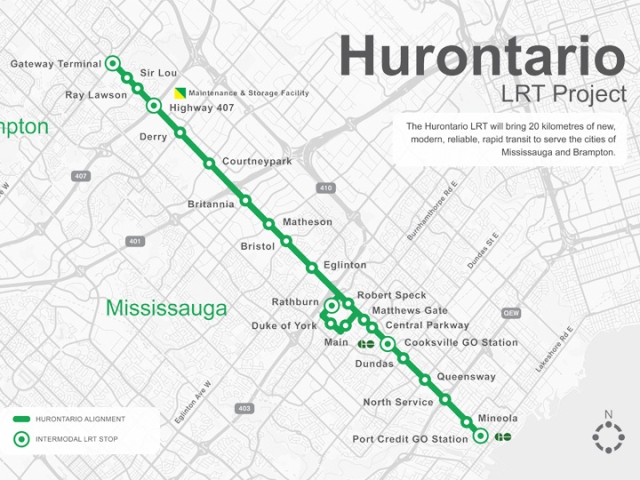 Infrastructure Ontario issued a request for qualifications (RFQ) Oct. 18, calling for companies and consortia capable of designing, building, financing, maintaining and procuring vehicles for the Hurontario LRT project to present their credentials.

The proposed $1.6 billion LRT will include 22 surface stops, connect two GO Transit lines and intersect a number of public transit stops in both Mississauga and Brampton. The above-ground line would run between the Brampton’s Gateway Terminal and the Port Credit GO Station in Mississauga.

“Moving forward with procurement for the Hurontario LRT represents a major step towards improving transit in Peel Region,” said Bruce McCuaig, president and CEO of GTHA transit provider, Metrolinx. “This project will be a key part of our regional transportation network, providing residents and businesses in Mississauga and Brampton with a fast, reliable, and convenient way to get where they need to be.”

Having faced down a range of obstacles—including earlier opposition from the City of Brampton—the LRT project finally seems to be headed toward shovel-ready status.

Analysis shows the line could carry 35 million people annually by 2031.