The federal government wants to get the bank up and running by the end of the year, but face a rocky road in the upper chamber 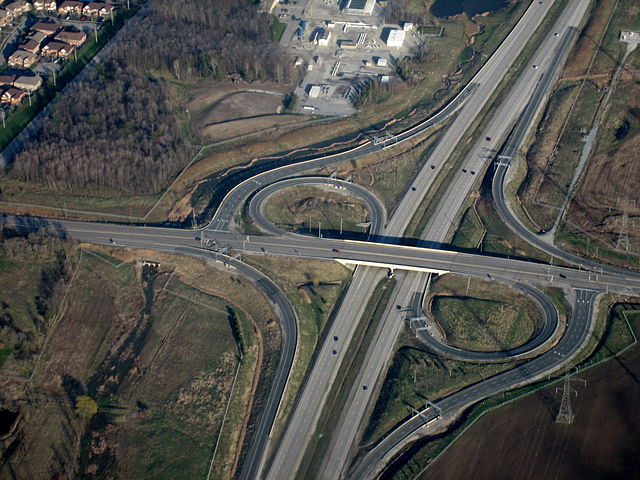 The promised infrastructure bank has been a touchy topic and several senators remain unconvinced with the Liberal plan due to transparency and risk to taxpayer money. PHOTO: SimonP, via Wikimedia Commons

OTTAWA—The government’s plan to create a new $35-billion infrastructure bank is facing a rocky road as senators stand poised to rewrite the Liberals’ budget bill and delay creation of the financing agency.

An independent senator will ask the Senate next week to separate out the legislation creating the so-called infrastructure bank from the larger budget bill to give the upper chamber more time to debate the proposal.

Whether Sen. Andre Pratte has enough support is unclear, but he said there is interest from Conservatives, Liberals and independents who want more time to review the legislation.

The Liberal government’s plan is to use public funds through the bank to leverage billions more from investors to pay for large projects, such as rail lines, bridges and transit systems that may be too expensive for governments, or too risky for private companies to handle alone.

Pratte said several senators remain unconvinced about the plan after a preliminary study of the proposal, citing concerns about the agency’s independence, transparency and the degree to which taxpayers will be exposed to financial risk.

“In many senators minds, those hearings have actually pointed to more issues to be studied,” said the Quebec senator who was appointed by Prime Minister Justin Trudeau.

“There are issues and questions that have arisen that point to more concern, rather than less.”

The Liberals say they see no reason to separate the bank from the rest of the bill that implements elements of the federal budget.

Infrastructure Minister Amarjeet Sohi said the government wants to get the bank up and running by the end of the year, including appointing a chief executive and board of directors and can’t do that without parliamentary approval for the bill.

“The Canada infrastructure bank is such an integral part of our overall infrastructure plan and it really ties into the budget process and that’s why it’s there,” Sohi said before Wednesday’s caucus meeting.

“Having it … as part of the broader budget legislation makes sense so we can get on with delivering on the commitments that we made to Canadians.”

The Liberals continued to face flak over the plan in the House of Commons on Wednesday amid concerns the government is putting taxpayer dollars at risk in order to lure private investment, details of which have been outlined in internal government documents obtained by The Canadian Press.

The documents say taxpayers may bear significant risk in projects where the government takes an equity stake, provide a loss buffer to private investors in other instances, or invest on equal footing but at “concessionary terms” with ownership reverting to a city or province at the end of a term.

The documents obtained under the Access to Information Act also show the bank could use innovative financing tools like derivatives and contributions that are repayable based on certain benchmarks.

Finance Minister Bill Morneau defended the bank in an interview Tuesday, saying the agency would reduce the risk to taxpayers should there be cost overruns on projects. On Wednesday, Trudeau said Canadians were on side with the government’s overall infrastructure plan that included a “world-class infrastructure bank” to deliver more projects that communities need.

Conservative Leader Andrew Scheer was unconvinced: “The leverage comes from using taxpayers money to guarantee profits for investors and that’s not right.”

The Liberals plan to avoid overly risky projects. All proposals would require government approval before the agency could strike a financing deal and funding would flow on a project-by-project basis.

That process left a Senate committee unconvinced that the government had struck the right balance between oversight of public funds and giving the agency the ability to make decisions on projects absent political interference. A report released Wednesday by the Senate banking committee also pointed to cabinet’s ability to hire and fire the CEO and chair of the board as issues that the government needs to address.

“The whole idea of the infrastructure bank is to ensure good investments for Canadians and returns for Canadians, but as soon as you get cabinet involved in it, it becomes political,” said committee chairman Sen. David Tkachuk.